Iran vows ‘all-out war’ if US and Saudi Arabia attack

Iran's top diplomat threatened an "all-out war" Thursday with the U.S. or Saudi Arabia if either country launches a retaliatory strike over a drone and missile attack on oil reserves that sent energy prices soaring. 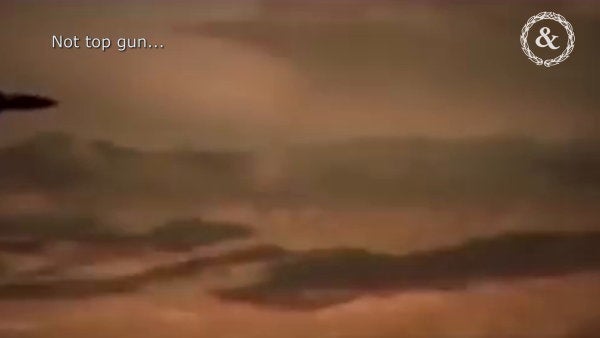 Iran's top diplomat threatened an “all-out war” Thursday with the U.S. or Saudi Arabia if either country launches a retaliatory strike over a drone and missile attack on oil reserves that sent energy prices soaring.

Tehran's tough-talking foreign minister, Mohammad Javad Zarif, threw the gauntlet down, promising a battle that would go on “to the last American soldier.”

Zarif told CNN that Iran hoped to avoid conflict with Washington and Riyadh, but said he would not hold talks with regional leaders unless the Trump administration backs off from sanctions as promised under a 2015 nuclear accord.

Tensions in the area have been high ever since President Trump last year pulled the U.S. out of Iran's 2015 agreement with world powers that curtailed Iranian nuclear activities.

Members of the Iranian revolutionary guard march during a parade to commemorate the anniversary of the Iran-Iraq war (1980-88), in Tehran September 22, 2011. (Reuters photo)

But both sides reached a breaking point after a fiery attack last weekend on Saudi Arabian oil facilities, an assault that halted production of 5.7 million barrels of crude a day — more than half of Saudi Arabia's global daily exports and more than 5% of the world's daily crude oil production.

The U.S. named Iran as suspect No. 1, and said authorities are investigating the attack for definitive proof. Trump said he was prepared to increase financial sanctions on Iran.

Zarif denied that Iran was involved.

His verbal missive appeared to be aimed at Secretary of State Mike Pompeo, who while on a trip to the region earlier referred to Saturday's attack in Saudi Arabia as an “act of war.”

Pompeo said there was “an enormous consensus in the region” that Iran carried out the attack.

“There are still those today who think, 'Boy, if we just give Iran just a little bit more money they'll become a peaceful nation,'” he said. “We can see that that does not work.”

Meanwhile, the U.S. has granted permission for several top Iranian officials to enter the country for next week's UN General Assembly, according to a report.