Iran claims it has captured 17 CIA spies amid rising tensions 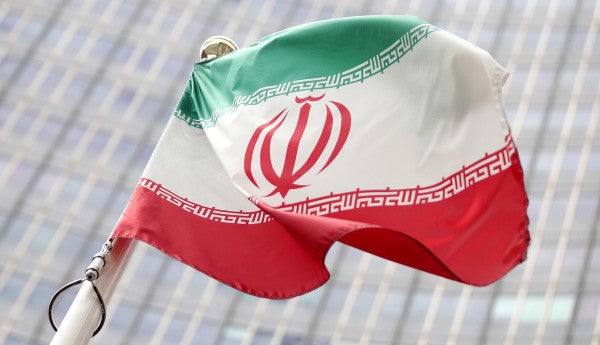 DUBAI (Reuters) – Iran announced on Monday it had captured 17 spies working for the U.S. Central Intelligence Agency (CIA) and sentenced some of them to death, deepening a crisis between the Islamic Republic and the West.

Iranian state television published images that it said showed the CIA officers who had been in touch with the suspected spies.

In a statement read on state television, the Ministry of Intelligence said 17 spies had been arrested in the 12 months to March 2019. Some have been sentenced to death, according to another report.

Such announcements are not unusual in Iran, and are often made for domestic consumption. But the timing suggests Tehran could harden its position in a standoff with Western powers which has raised fears of a direct military confrontation.

In recent weeks the United States has blamed Iran for attacks on shipping near the Strait of Hormuz, the global oil trade’s most important waterway, accusations Iran has denied.

The United States and Iran have downed drones operated by the other side and on Friday, Iran captured a British-registered tanker, the Stena Impero, in the Strait of Hormuz. Tehran had previously warned it would respond to Britain’s seizure of an Iranian tanker off Gibraltar on July 4.

There was no immediate comment on the Iranian allegations by the CIA or U.S. officials.

Iran announced in June that it had broken up an alleged CIA spy ring but it was unclear whether Monday’s announcement was linked to the same case.

Prime Minister Theresa May’s office has said she would chair a meeting of Britain’s COBR emergency response committee early on Monday to discuss the tanker crisis and the government was expected to announce its next steps in parliament.

As Britain weighed its next move a recording emerged showing the Iranian military defied a British warship when it boarded and seized the Stena Impero, underscoring the challenges Britain faces responding.

Experts on the region say there are few obvious steps London can take at a time when the United States has already imposed the maximum possible economic sanctions, banning all Iranian oil exports worldwide.

Washington imposed the sanctions after President Donald Trump pulled out of a deal signed by his predecessor Barack Obama, which had provided Iran access to world trade in return for curbs on its nuclear program.

European countries including Britain have been caught in the middle. They disagreed with the U.S. decision to quit the nuclear deal but have so far failed to offer Iran another way to receive the deal’s promised economic benefits.

In Tokyo, Prime Minister Shinzo Abe said on Monday that Japan wants to make every effort to reduce tension between the United States and Iran before responding to an expected U.S. request to send its navy to safeguard strategic waters off Iran.

Japanese media have said Washington’s proposal to boost surveillance of vital Middle East oil shipping lanes off Iran and Yemen could be on the agenda during a visit to Tokyo this week by U.S. national security adviser John Bolton.

“We have a long tradition of friendship with Iran and I’ve met with its president any number of times, as well as other leaders,” Abe told a news conference after his coalition’s victory in a Sunday election for parliament’s upper house.

“Before we make any decisions on what to do, Japan would like to make every effort to reduce tensions between Iran and the United States.”

The United States is struggling to win its allies’ support for an initiative to heighten surveillance of vital Middle East oil shipping lanes because of fears it will increase tension with Iran, six sources familiar with the matter said.