Iran has some surprising weapons at its disposal 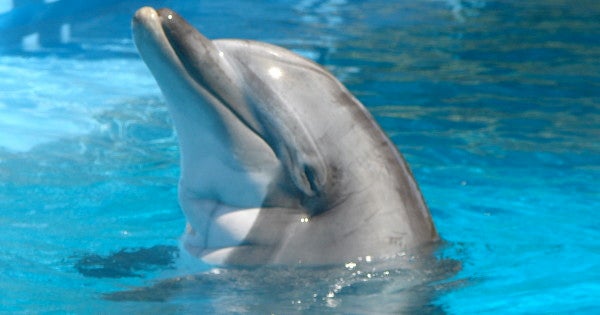 Editor's Note: This article by Blake Stilwell originally appeared onMilitary.com, a leading source of news for the military and veteran community.

Iran has some surprising weapons at its disposal. In a 2002 U.S. military exercise that pitted Iran against an invasion from an American task force, the general in command of the opposition was retired Lt. Gen. Paul Van Riper. He used motorcycles, small fast-attack boats, land-based missile batteries and even suicide attacks against the Americans.

But he apparently forgot to use Iran's killer dolphin units.

In 2000, the Islamic Republic acquired a number of dolphins from Russia, ones specially trained to attack enemy ships, according to the BBC. The dolphins had originally been trained by the Soviet Union. When funding for the project ran out, the dolphins were acquired by their former trainer, who moved them to a dolphinarium.

But public interest waned, and their caretaker was forced to sell them when he ran out of food.

“If I were a sadist, then I could have remained in Sevastopol,” Boris Zhurid, their trainer, told the Russian newspaper Komsomolskaya Pravda. “But I cannot bear to see my animals starve. … We're out of medicine, which costs thousands of dollars, and have no more fish or food supplements.”

In 1991, after the fall of the Soviet Union, the dolphin unit was sent to the Crimean Peninsula from a base in the Russian Pacific area. There, the dolphins were trained to kill enemy frogmen using harpoons mounted on their backs. They would also swim at enemy ships in suicide attacks while carrying explosive sea mines, as they were able to distinguish between Russian and American submarines by the sounds their propulsion systems make underwater.

The highly trained killer dolphins were moved from the Black Sea to the Persian Gulf after Iran purchased them — for reasons unknown. According to the Russian newspaper, Zhurid's work, which supposedly continued in Iran after the 2000 sale, was solely of a military nature.

Depending on the types of dolphins used by Zhurid, the original animals could still be alive, as dolphins have a lifespan of 50 years or more. He could also have trained more killer dolphins for use against Western shipping.

While the United States protested the sales of arms (or, in this case, killer dolphins) to Iran, Zhurid cared only about his dolphins.

“I am prepared to go to Allah, or even to the devil, as long as my animals will be OK there,” he said.