Iran is ready to hold talks with the United States if Washington lifts sanctions and returns to the 2015 nuclear deal it quit last year, Iranian President Hassan Rouhani said. 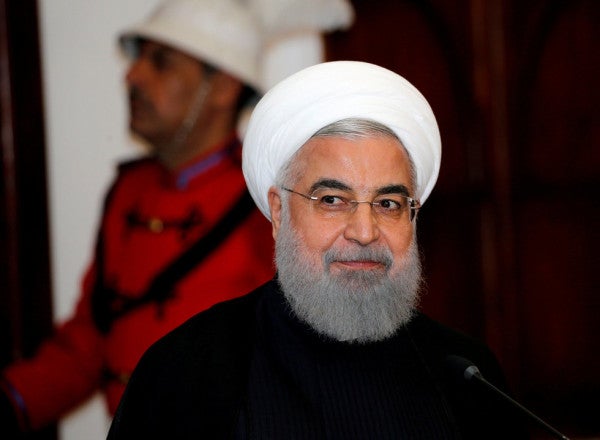 DUBAI/PARIS (Reuters) – Iran is ready to hold talks with the United States if Washington lifts sanctions and returns to the 2015 nuclear deal it quit last year, Iranian President Hassan Rouhani said in a televised speech on Sunday.

U.S. President Donald Trump's administration says it is open to negotiations with Iran on a more far-reaching agreement on nuclear and security issues.

But Iran has made any talks conditional on first being able to export as much oil as it did before the United States withdrew from the nuclear pact with world powers in May 2018.

“We have always believed in talks … if they lift sanctions, end the imposed economic pressure and return to the deal, we are ready to hold talks with America today, right now and anywhere,” Rouhani said in his Sunday speech.

Confrontations between Washington and Tehran have escalated, culminating in a plan for U.S. air strikes on Iran last month that Trump called off at the last minute.

Calling for dialogue between all parties to resume, France, Britain and Germany — parties to the 2015 pact — said on Sunday they were preoccupied by the escalation of tensions in the Gulf region and the risk the nuclear deal might fall apart.

“We believe that the time has come to act responsibly and to look for ways to stop the escalation of tension and resume dialogue,” they said in a joint statement that was released by the French president's office.

In spite of calling for talks with Iranian leaders, Trump said on Wednesday that U.S. sanctions on Iran would soon be increased “substantially”.

In reaction to U.S. sanctions, which have notably targeted Iran's main foreign revenue stream in the shape of crude oil exports, Tehran announced in May that it would scale back its commitments under the deal.

Defying a warning by the European parties to the pact to continue its full compliance, Tehran has amassed more low-enriched uranium than permitted and it has started to enrich uranium above the 3.67% permitted by the agreement.

“The risks are such that it is necessary for all stakeholders to pause, and consider the possible consequences of their actions,” France, Britain and Germany, who have been trying to salvage the pact by shielding Tehran's economy from sanctions, said in their statement.

Iranian clerical rulers have said that Tehran will further decrease its commitments if Europeans fail to fulfill their promises to guarantee Iran's interests under the deal.

The nuclear deal aimed to extend the amount of time it would theoretically take Iran to produce enough fissile material for an atomic bomb — so-called breakout time — from several months to a minimum of one year until 2025.