Iran is on course to breach a threshold in its nuclear agreement with world powers within days by accumulating more enriched uranium than permitted, although it has not done so yet, diplomats said, citing the latest data from U.N. inspectors. 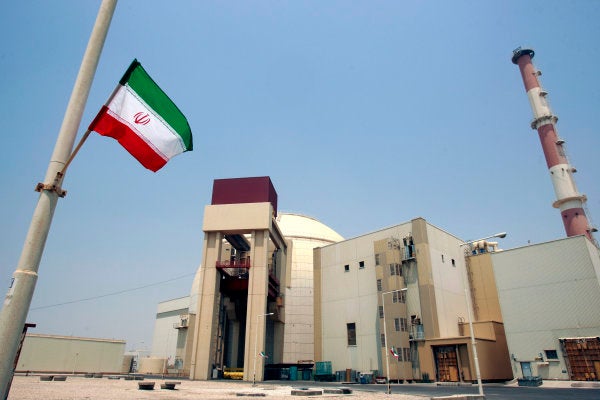 VIENNA/TOKYO (Reuters) – Iran is on course to breach a threshold in its nuclear agreement with world powers within days by accumulating more enriched uranium than permitted, although it has not done so yet, diplomats said, citing the latest data from U.N. inspectors.

France, one of the European powers caught in the middle in an escalating confrontation between Washington and Tehran, said it would ask U.S. President Donald Trump to suspend some sanctions on Iran to allow negotiations to defuse the crisis.

A week after Trump called off air strikes on Iran minutes before impact, world leaders are trying to pull the two countries back from the brink, warning that a mistake on either side could lead to war.

“I want to convince Trump that it is in his interest to re-open a negotiation process (and) go back on certain sanctions to give negotiations a chance,” French President Emmanuel Macron said in Japan, where he is due to meet Trump on the sidelines of a summit in coming days.

A move by Tehran that clearly breached its 2015 nuclear agreement with world powers would transform the diplomatic landscape and probably force European countries to take sides.

Macron said he had two priorities: de-escalating military tension and keeping Iran from violating the accord, which European countries still hope to save even though Trump ignored their advice and quit it last year.

The latest data from U.N. inspectors suggested Iran had not yet violated the deal on Thursday, despite having named it as a day when it might do so.

“They haven't reached the limit… It's more likely to be at the weekend if they do it,” said one diplomat in Vienna, headquarters of the U.N. nuclear agency IAEA, on condition of anonymity.

The United States withdrew from the pact last year under which Iran accepted curbs on its nuclear program in return for access to international trade. Iran has said it wants to abide by the agreement but cannot do so indefinitely as new U.S. sanctions mean it is receiving none of the benefits.

The escalating crisis has put the United States in the position of demanding its European allies enforce Iranian compliance with an accord Washington itself rejects.

Trump's aborted air strikes last week were the culmination of weeks of heightened military tension. Washington accused Iran of being behind attacks on ships in the Gulf, which it denies.

Last week Iran shot down a U.S. drone it said was in its air space. The United States said it was in international skies.

Since the aborted air strikes last week there have been no major incidents, but rhetoric on both sides has become menacing.

This week Trump threatened Iran's “obliteration” if it attacked U.S. interests while Rouhani, typically the mild-mannered face of the Tehran government, called White House policy “mentally retarded”. Trump later said he hoped to avoid war, which would be short and not involve boots on the ground.

In the latest volley in the war of words, Iran's parliament speaker Ali Larijani said the downing of the U.S. drone had taught Washington the cost of violating Iranian air space.

“Iran's reaction will be stronger if they repeat their mistake of violating our borders,” Iran's Tasnim news agency quoted Larijani as saying.

The Trump administration says its ultimate goal is to force Iran back to the table for negotiations. It argues that the 2015 deal, negotiated under Trump's predecessor Barack Obama, was too weak because it is not permanent and does not cover non-nuclear issues, such as Iran's missile program and regional behavior.

Tehran says Washington would be to blame if it ends up breaching the limit on uranium stockpiles, since the deal allows it to sell excess uranium abroad to reduce its holdings, but U.S. sanctions have prevented this.

It has set a separate deadline of July 7 when it could breach another major threshold, on the level of purity of uranium it has enriched.