Iran sank a replica US aircraft carrier, then left it in the Strait of Hormuz where it’s likely to disrupt vital shipping lanes 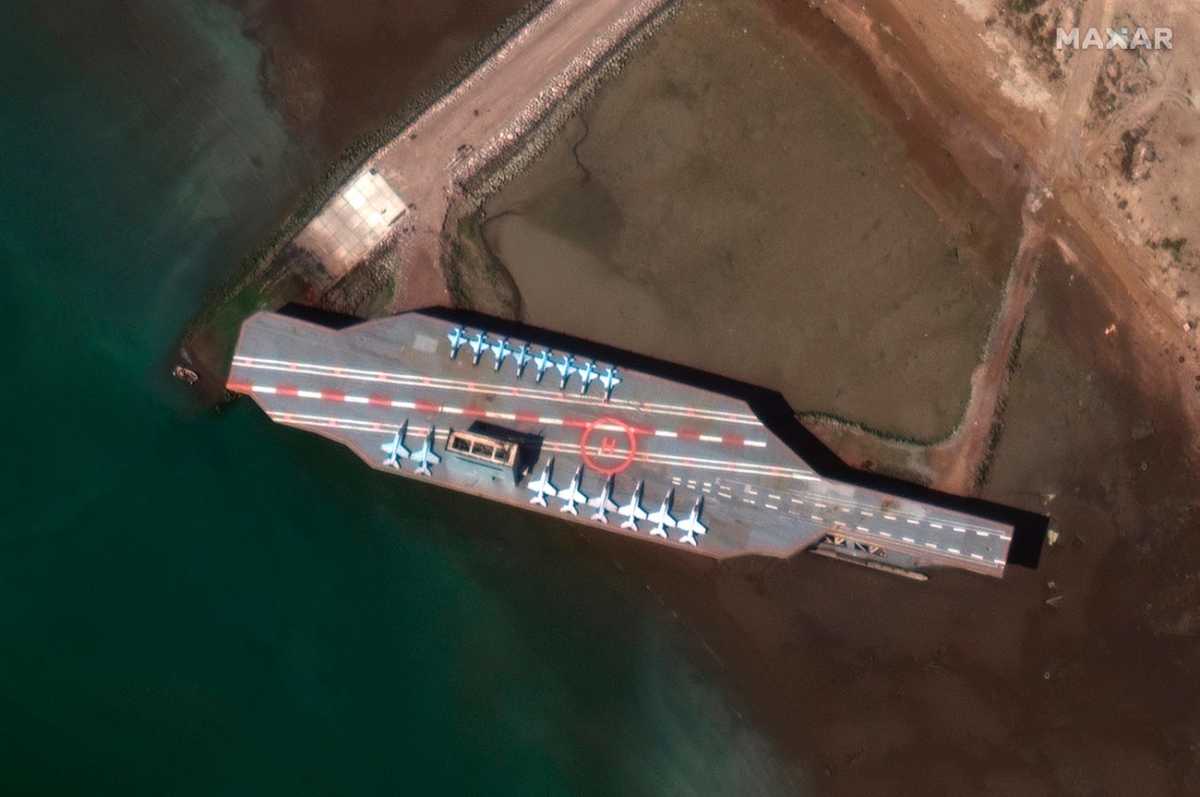 Iran sank and abandoned a dummy U.S. aircraft carrier in the middle of the Strait of Hormuz 11 days ago. The wreck, which Iranian forces have left in the narrow stretch of water, now poses a risk to ships carrying billions of dollars of oil through it every week.

Iran's Revolutionary Guard Corps sunk the Nimitz-class model during a July 28 and July 29 training exercise to seemingly demonstrate how Iranian sea forces would take on a U.S. aircraft carrier.

The wreckage now lies in shallow waters near the busy port of Bandar Abbas, where it poses a risk to the thousands of marine vessels that pass through the strait each week, according to marine experts.

New imagery from yesterday shows the capsized #IRGC replica of the Nimitz Class Carrier appears to have listed more outside of Bandar Abbas Port, #Iran. She appears more listed here than previous imagery from the 31st July. The depth here is a reported 14m. Fun to reclaim…. pic.twitter.com/tKTHJAaGCS

Paul Edward Roche, a former president of the Irish Institute of Master Mariners, told Forbes that the wreck is “an accident waiting to happen,” which “poses a distinct risk to commercial shipping.”

Roche, according to Forbes, is also concerned that the wreck may be elevated by the tides and drift westward, towards the entrance of the port of Bandar Abbas.

An unnamed ship captain told Forbes he usually keeps his ship 0.5 nautical miles from wrecks. “But this shipwreck can change position, so a distance of 1 nautical is more appropriate,” the person said.

Despite measuring only 21 miles across at its widest point, the Strait of Hormuz is one of the world's busiest shipping channels. It is an international waterway, meaning no one formally controls it.

According to 2018 data from the U.S. Energy Information Administration, some 21 million barrels of oil pass through the strait every day. That's $878 million of oil every day at current oil prices.

Colliding with the wreck could see the hull of a passing ferry or oil tanker breached, potentially spilling thousands of tons of oil into the sea, and destabilizing world prices.

The Strait of Hormuz is often the scene of tit-for-tat shows of military strength between Iran and the U.S. and UK.

The U.S. Navy mocked Iran in the aftermath of the exercise, posting a photo to social media of a dummy ship with the caption “Iran builds target ship. They're experts at that.”