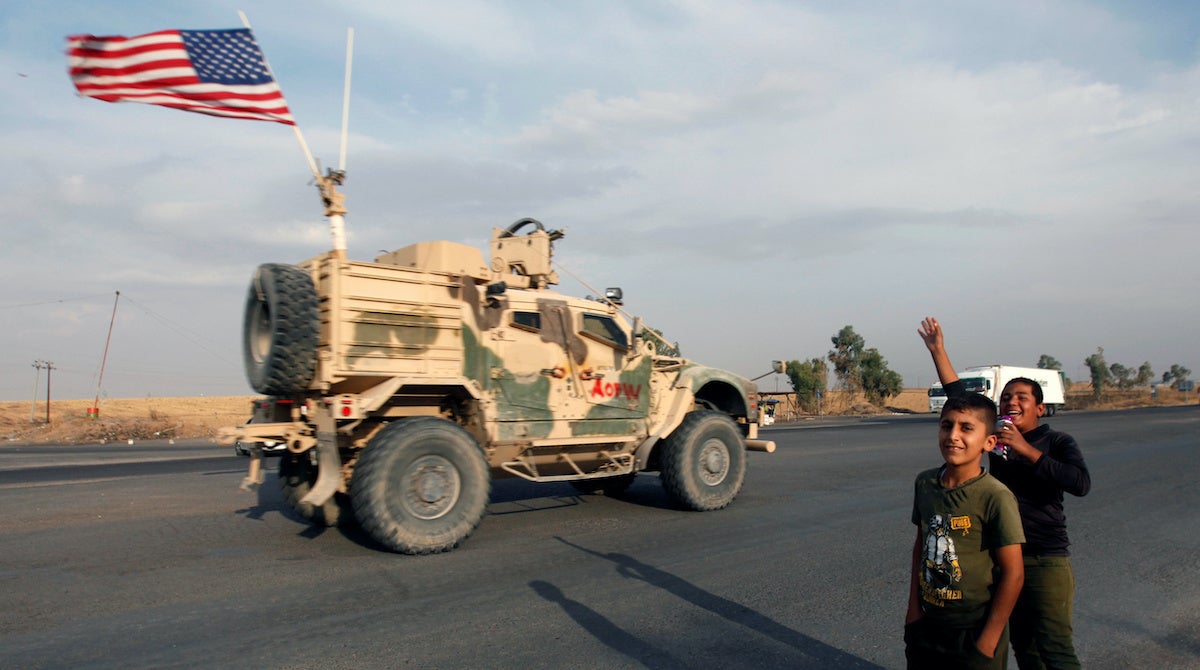 “Six rockets were launched from the borders of the Sheikh Amir village in Nineveh province by the Popular Mobilisation Forces who were targeting (U.S.-led) coalition forces in Erbil International Airport,” the service said.

Four rockets landed at the edge of the airport compound and two did not explode, it added in a statement.

The Kurdish interior ministry condemned the attack, which it said took place at 8:30 p.m. (1730 GMT). It did not directly blame the PMF but said the rockets were launched from an area under the jurisdiction of the PMF’s 30th Brigade.

U.S. Army Colonel Wayne Marotto, spokesman for the U.S.-led coalition, said initial reports were that indirect fire did not land on coalition forces in Erbil. “There was no damage or casualties. Incident is under investigation,” he posted on Twitter.

No group claimed immediate responsibility for the attack, which occurred hours after Iraqi Prime Minister Mustafa al-Kadhimi pledged in a meeting with top diplomats to protect foreign missions and limit possession of weapons to state forces following a U.S. threat to shut down its embassy in Baghdad.

“Those who carry out attacks on foreign missions are seeking to destabilise Iraq and sabotage its regional and international relations,” Kadhimi told 25 foreign emissaries, including the U.S. ambassador, earlier on Wednesday.

Sirens were heard inside a nearby military base housing U.S. troops, Kurdish media said. A rocket fell 200 metres (220 yards) away from a Democratic Party of Iranian Kurdistan (KDPI) base, spokesman Mohamed Qadiri told Reuters. It was not clear if the KDPI was an intentional target.

Media reports had suggested Washington could move diplomatic staff to Erbil, with the Kurdistan Region long seen as a safe haven from the violence gripping the rest of Iraq and far from the reaches of the Iran-backed Iraqi militias the United States blames for increasingly regular attacks on its interests.

“I strongly condemn tonight’s rocket attack in Erbil. The KRG will not tolerate any attempt to undermine Kurdistan’s stability and our response will be robust,” Barzani, who leads the Kurdistan Regional Government, wrote on Twitter.

“I have spoken to PM Mustafa al-Kadhimi on the importance of holding the perpetrators accountable,” he said.

The Iraqi military blamed a “terrorist group” for the attack and said there were no casualties. The local commanders responsible for securing the launch area have been arrested pending an investigation, it said in a statement.

A security source said two men were arrested: an Iraqi army brigadier general and the commander of the PMF’s 30th Brigade.

The United States has made preparations to withdraw diplomats from Iraq after warning Baghdad it could shut its embassy, two Iraqi officials and two Western diplomats said, a step Iraqis fear could turn their country into a battle zone.

Rockets regularly fly across the Tigris towards the heavily fortified U.S. diplomatic compound.

In recent weeks rocket attacks near the embassy have increased and roadside bombs targeted convoys carrying equipment to the U.S.-led military coalition. One roadside attack hit a British convoy in Baghdad, the first of its kind against Western diplomats in Iraq for years.

Washington blames such attacks on Iranian-backed militia groups. Iran has not directly commented on the incidents but groups believed to be connected to Iran-aligned militias have claimed responsibility for some attacks.