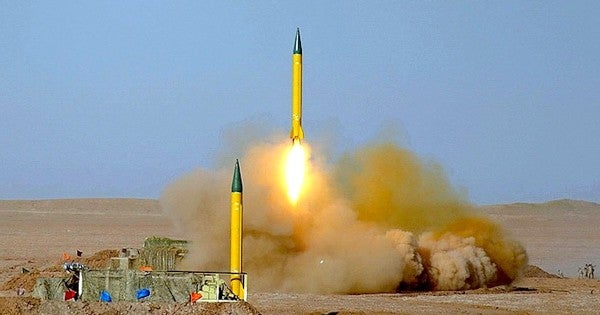 “It was launched with success and … we have reached most our aims … but the 'Zafar' satellite did not reach orbit as planned,” the official told state television Sunday.

The latest failure marks the fourth time in a row Iran has been unable to successfully put a satellite in space.

In January 2019, the Iranian rocket carrying the satellite into space failed to reach the “necessary speed” during the third stage of flight, a senior telecommunications official told state media, the Associated Press reported at the time.

The US has criticized Iran's efforts, arguing that its satellite program is a cover for the development of long-range ballistic missile technology.

In defiance of the international community & UNSCR 2231, #Iran’s regime fired off a space launch vehicle today. The launch yet again shows that Iran is pursuing enhanced missile capabilities that threaten Europe and the Middle East.

In February of last year, Iran made another attempt. Iran's foreign minister revealed in an interview with NBC News that it failed as well. He added that his country was looking into the possibility of sabotage after a New York Times report suggested the US could be behind the failures.

Iran tried again in August, but the rocket apparently exploded on the launchpad.

In denying US culpability, Trump inexplicably tweeted out an image of the scorched Iranian launchpad from a classified briefing, a photo that appeared to have come from one of the US' most secretive spy satellites.

The United States of America was not involved in the catastrophic accident during final launch preparations for the Safir SLV Launch at Semnan Launch Site One in Iran. I wish Iran best wishes and good luck in determining what happened at Site One. pic.twitter.com/z0iDj2L0Y3

After the second failed test, Dave Schmerler, a senior research associate at the Middlebury Institute of International Studies, told NPR that this is a “trial and error” situation, explaining that “eventually they're going to get it right.”