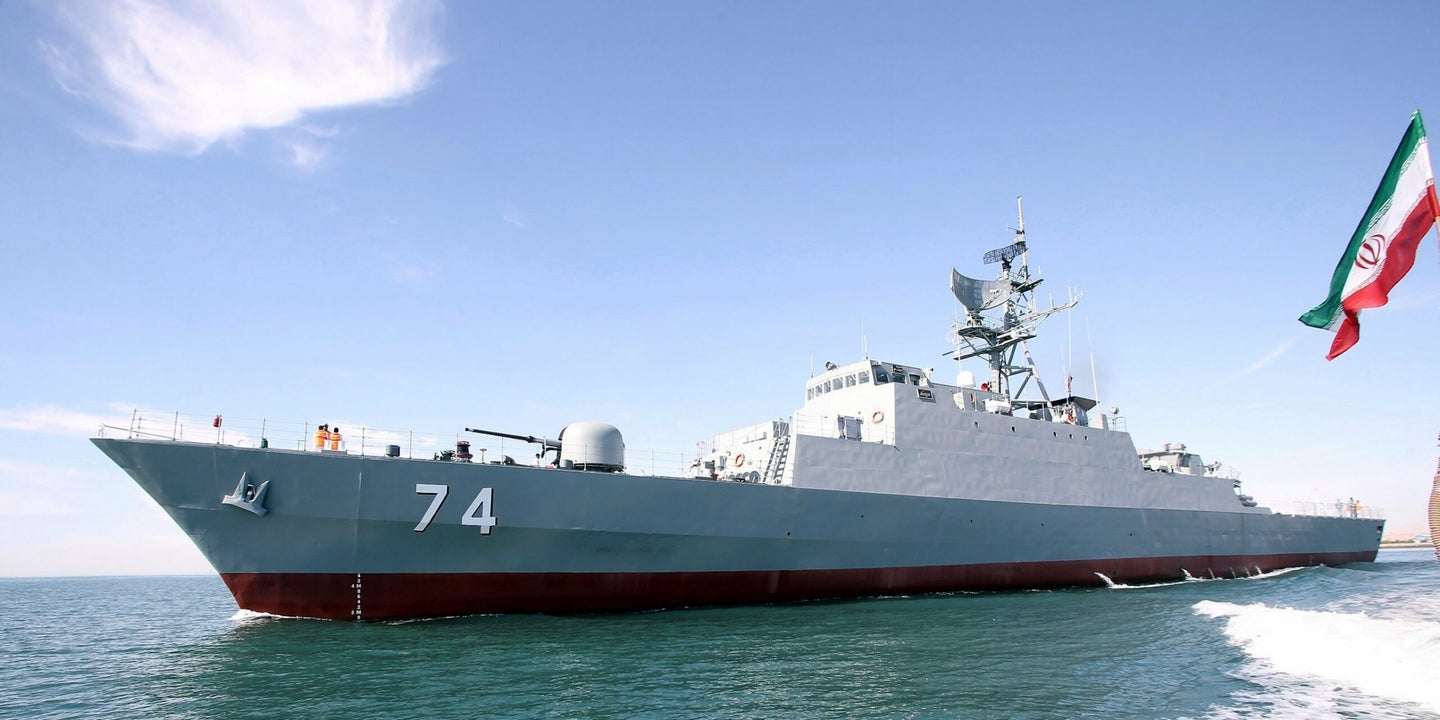 Iranian warships will set sail for the Atlantic in March, Rear Adm. Touraj Hassani, Iran's naval deputy commander, told state media IRNA, adding that Iran's new stealth destroyer — the Sahand — could be a part of the naval flotilla deployed to the Atlantic for a five-month operation.

Iran launched the domestically produced destroyer at the start of December. At that time, Hassani suggested that Iran may send two to three warships to Venezuela.

The announcement comes as Iran bristles at the presence of a U.S. Navy aircraft carrier in the Persian Gulf.

The USS John C. Stennis aircraft carrier is currently operating in the Persian Gulf, its presence specifically intended as a deterrent for hostile Iranian activities.

And Iran's not pleased. “We will not allow Nimitz-class aircraft carrier USS John C. Stennis to come near our territorial waters in the Persian Gulf,” Iranian Rear Adm. Habibollah Sayyari warned in December.

Iran has long desired to counter American activities in its home region by showing the flag near American waters and elsewhere, Reuters reported.

“By their continuous presence in international waters, Iranian naval forces aim to implement the orders of commander-in-chief of the armed forces (Supreme Leader Ayatollah Ali Khamenei), wave the flag of the Islamic Republic of Iran, thwart the Iran-ophobia plots, and secure shipping routes,” Hassani explained.

Tensions between Washington and Tehran have been on the rise since President Donald Trump decided to withdraw from the Iran nuclear deal, as well as reimpose sanctions, last year.

~d:fs
atlantic ocean
How The Other Half Fights
iran
iranian navy