The US military wasn't “necessarily concerned” about limiting civilian deaths during the 2007 troop surge in Iraq, according to the Army's top general... 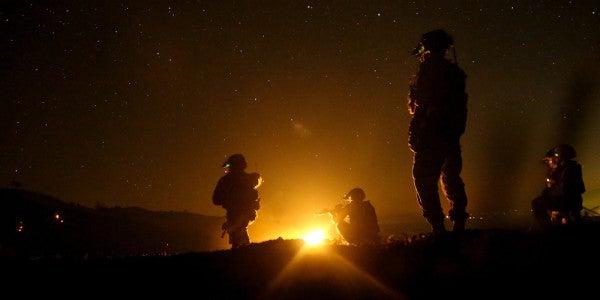 The US military wasn't “necessarily concerned” about limiting civilian deaths during the 2007 troop surge in Iraq, according to the Army's top general overseeing logistics.

At a forum sponsored by the Association of the US Army, Lt. Gen. Aundre F. Piggee made the comment in contrast to air strikes in the fight for Mosul, which he said were carried out with more care to avoid collateral damage.

The statement is starkly different from the usual Pentagon messaging of always taking care to reduce civilian casualties. A 2003 American Forces Press Services article, for example, touted the use of precision-guided munitions that would reduce casualties in the Iraq War. The same article quoted then-Defense Secretary Donald Rumsfeld as saying the coalition would “take great care” to avoid them.

Still, Piggee's statement seems a stunning explanation for the rise in civilian deaths during that time. Civilian deaths in Iraq went up by roughly 70% in 2007, according to the Carnegie Council for Ethics in International Affairs.

Perhaps the most infamous example came in the release of the Iraq War logs by WikiLeaks. Leaked gun camera footage taken by US Apache helicopters in 2007 showed the pilots firing on and killing several civilians, including two Reuters journalists.

A US airstrike in March killed 105 civilians in Mosul, marking one of the deadliest days for civilians since the campaign to retake Mosul began in late 2016. A Pentagon investigation asserted that explosives placed in the building by ISIS was a major factor contributing to the death toll.

In a statement provided to Business Insider, Piggee took issue with reporting on his remarks at AUSA:

“The battlefield in Iraq during the surge and during Mosul were two completely different battlefield scenarios,” Piggee said. “The battle for Mosul is close-in, urban fighting, which requires the use of more precision munitions and technologies. The surge was not limited to urban areas, which allowed us to use a range of munitions. In both cases we were — and remain — equally concerned about reducing and preventing civilian casualties.”

This article was updated June 30 at 7:35 a.m. PDT with a statement from Piggee.