About 500 soldiers from the headquarters of the 10th Mountain Division will deploy this spring to Iraq. The soldiers will... 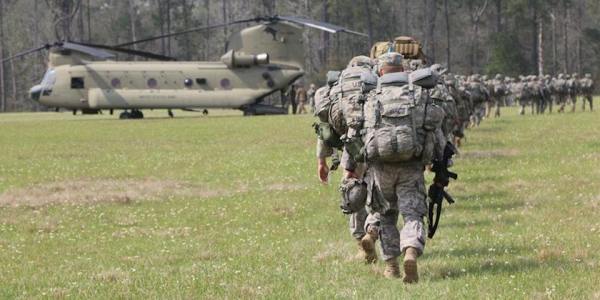 About 500 soldiers from the headquarters of the 10th Mountain Division will deploy this spring to Iraq.

The soldiers will replace personnel from the headquarters of the 1st Armored Division, of Fort Bliss, Texas, as a part of Operation Inherent Resolve to help Iraqi forces defeat ISIS.

In a statement shared by the Army, 10th Mountain Division commander Maj. Gen. Walter E. Piatt said the division staff have been building up to the deployment for several months.

Among them was a warfighter training exercise in September that pitted the division headquarters against an enemy with more troops and firepower than they had.

“We are honored to be part of the global coalition in support of the Iraqi Security Forces as they consolidate gains from their successful efforts to achieve a lasting defeat of ISIS in Iraq,” he said. “We will build upon the success of the 1st Armored Division as we look forward to partnering with the coalition forces and the Iraqi Security Forces as they build long-term stability through credible and ready security forces.”

Army Lt. Gen. Paul Funk, commanding general of Combined Joint Task Force – Operation Inherent Resolve, said a coalition that has grown to 74 nations reclaimed 65,000 square kilometers (25,096 square miles) of land from ISIS, also known as the Islamic State or Daesh, in 2017. Yet he warned the allies can’t let up.

“Their repressive ideology continues,” Gen. Funk said in a New Years message posted to the coalition Facebook page. “The conditions remain present for Daesh to return, and only through coalition and international efforts can the defeat become permanent.”

President Donald Trump, in a New Year’s Eve video posted to his official Twitter account that highlighted his first year in office, included an excerpt from a speech in which he vowed to “defeat radical Islamic terrorism” and “not allow it to take root in our country.”

The announcement was one of several made by the Army today, including the deployment of the 101st Airborne Division headquarters to Afghanistan and brigade-level deployments for the 3rd Infantry Division to South Korea and the 1st Cavalry Division across Europe.