Wassell expects to walk into a Chautauqua County courtroom Monday morning and find out that the charges filed against him have been permanently dismissed, never to be pursued again by state prosecutors. 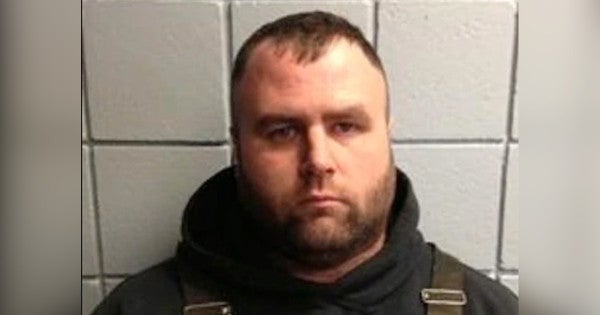 More than seven years ago, Iraq War hero Benjamin M. Wassell became the first person to be criminally prosecuted under New York State's SAFE Act, a controversial gun control law that has been applauded by advocates for victims of violent crimes but attacked by defenders of the right to bear arms.

State Police arrested Wassell, of Silver Creek, after alleging that he sold two semiautomatic “assault weapons” to an undercover investigator. Wassell, who suffered a brain injury from the explosion of an improvised bomb in Iraq, claimed he was confused by differing information that people gave him about the SAFE Act.

Wassell expects to walk into a Chautauqua County courtroom Monday morning and find out that the charges filed against him have been permanently dismissed, never to be pursued again by state prosecutors.

A state appeals court overturned Wassell's convictions in April. Wassell's attorney, James Ostrowski, told The Buffalo News Sunday that the State Attorney General's office recently sent him and the court a letter, saying they will seek no further appeals.

But Wassell, now 39 and a father of four, isn't entirely pleased.

“Yes, it's a win, but my life has been turned upside-down for almost seven years now,” the Marine Corps veteran said in a telephone interview Sunday evening. “This whole thing has been hell for me and my family. We'll never get those years back.

“I got fired from the job I had when I got arrested. I was also under consideration for a job with the federal government, and I was told I was no longer under consideration, because of the arrest. I tried to get back on active duty with the Marines and was turned down. And with all that has happened, there was no ruling in my case on whether the SAFE Act is unconstitutional or not.”

Wassell said he is now working at a sewage treatment plant “because friends were willing to vouch for me, and the employer gave me a chance.”

“The felony convictions will be cleared from his record, and that's important,” Ostrowski said. “The Second Amendment arguments against the SAFE Act law will continue to be made.”

State attorneys could not be reached Sunday for comment.

According to Ostrowski and Wassell, a state attorney recently sent a letter to the judge handling the case, Acting State Supreme Court Justice Stephen W. Cass, telling him that the state will no longer pursue the case and will agree to have it “dismissed with prejudice,” meaning there will be no further efforts to appeal.

“My client, the state's attorney and I will be appearing before Judge Cass at 10 a.m.” Monday, Ostrowski said.

The law officially known as the New York Secure Ammunition & Firearms Enforcement Act took effect in January 2013, after it was passed by state lawmakers and signed by Gov. Andrew M. Cuomo. Cuomo and others have called it the toughest gun control law in the nation. Wassell was arrested about two months later.

He was charged with selling a Del-Ton AR-15 rifle, 299 rounds of ammunition and six large-capacity clips for $1,900 to the undercover trooper on Jan. 24, nine days after the SAFE Act was passed. Police said the weapon had an illegal pistol grip, telescoping butt and bayonet mount. Later, Wassell allegedly sold another semiautomatic rifle with 21 rounds of ammunition for $2,600. That gun had a pistol grip.

The arrest of a decorated war hero — who was twice injured by explosions in Iraq — upset gun rights advocates and members of Wassell's family.

After a jury trial in March 2014, Wassell was convicted of three felony weapons counts. Two other charges were dismissed by the trial judge.

Wassell testified that he believed the sale was lawful because the SAFE Act had only recently taken effect and he had been given “a lot of different information from a lot of different people.” He said it was his understanding that the gun he sold was “grandfathered in” and that he was legally allowed to sell it.

A state appeals court in Rochester ruled in April of this year that State Police did not have the proper jurisdiction to take the case, but they did not rule on the constitutionality of the SAFE Act.

Steve Felano of the gun rights organization 2AWNY.COM issued a statement on Friday calling the demise of the case against Wassell a “crushing rebuke” to SAFE Act supporters. He said gun rights advocates will hold a press conference at the Chautauqua County Courthouse in Mayville after Monday's court appearance.

Felano said the Wassell case is the latest development in what he believes will be a successful effort to overturn the SAFE Act.

SAFE Act supporters contend that the law makes it tougher for criminals and the dangerously mentally ill to buy guns by requiring universal background checks on purchases. State officials said the law “increases penalties for people who use illegal guns, mandates life in prison without parole for anyone who murders a first responder, and imposes the toughest assault weapons ban in the country.”