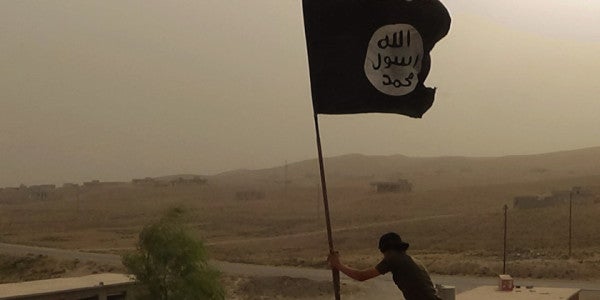 A top adviser to ISIS leader Abu Bakr al-Baghdadi believed to have been involved in planning the New Year's Eve terror attack in Istanbul was killed earlier this month in a rare U.S. special operations raid in Syria, U.S. Central Command said Friday.

“He was involved in plotting external terror” and in recruiting foreign fighters and preparing them for terrorism in their home countries, Air Force Col. John Thomas, a CentCom spokesman, said of Abdurrakhmon Uzbeki. “We've clearly linked him with the Istanbul attack” that killed 39 on New Year's Eve at a nightclub.

In a phone briefing to the Pentagon, Thomas said that Uzbeki was a close associate of Baghdadi, the self-proclaimed “caliph” of the Islamic State of Iraq and Syria. “He was known to interact with him in various ways over time,” he said.

Thomas declined to give details on the April 6 special operations raid that killed Uzbeki but said it occurred in the eastern Syrian village of Mayadin, close to ISIS-held parts of the crossroads town of Deir ez-Zor. “This was not an airstrike” on a suspected ISIS hideout but rather a long-planned ground operation that specifically targeted Uzbeki, he said.

Thomas could not immediately say whether the raid was carried out by the Expeditionary Targeting Force of special operators, possibly including the Army's elite Delta Force, that was set up in 2015 by former Defense Secretary Ashton Carter to hunt down and kill or capture top ISIS leaders in Iraq and Syria.

At the time, Carter told the House Armed Services Committee that “in full coordination with the government of Iraq, we're deploying a specialized Expeditionary Targeting Force to assist Iraqi and Kurdish Peshmerga forces and to put even more pressure” on ISIS.

The ETF teams are separate from the estimated 200 mostly Special Forces in Syria on the train, advise and assist mission with local partners in the Syrian Democratic Forces.