They’re accused of beheading American hostages for ISIS. Now they’re coming to the US to face justice

Two alleged ISIS militants known as the 'Beatles' will arrive in the United States on Wednesday to face trial on U.S. charges for their alleged involvement in beheadings of American hostages in Syria, the U.S. Department of Justice said 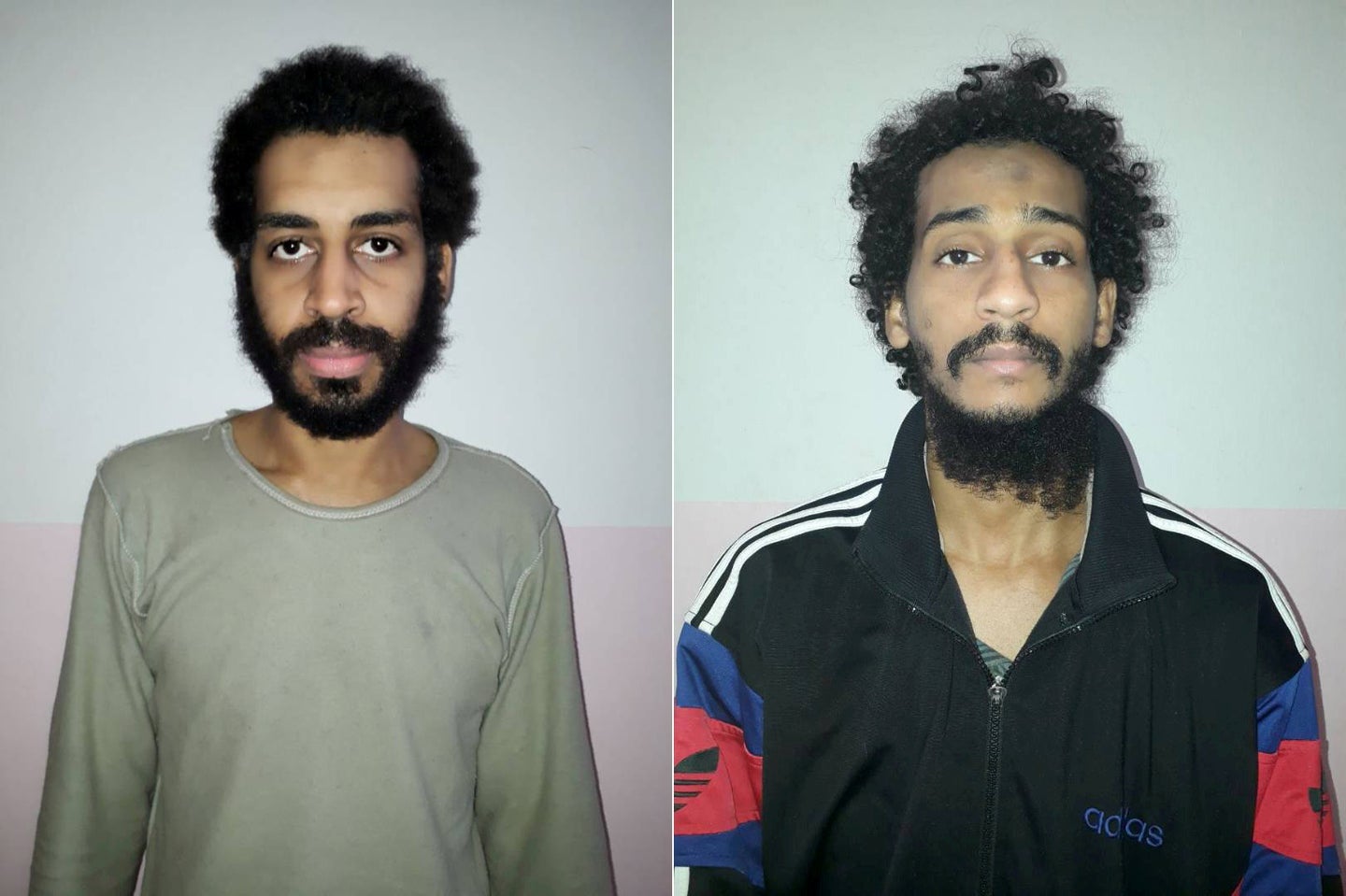 WASHINGTON (Reuters) – Two alleged ISIS militants known as the ‘Beatles’ will arrive in the United States on Wednesday to face trial on U.S. charges for their alleged involvement in beheadings of American hostages in Syria, the U.S. Department of Justice said.

The alleged militants, Alexanda Kotey and El Shafee Elsheikh, have been in U.S. military custody abroad since they were captured in 2019. They grew up in Britain and were UK citizens, but the British government withdrew their citizenship.

The pair are suspected of membership in a four-strong Islamic State cell known as the ‘Beatles’ because of their British accents. The group is alleged to have detained or killed Western hostages in Syria, including U.S. journalists James Foley and Steven Sotloff and aid workers Kayla Mueller and Peter Kassig.

“These charges are the product of many years of hard work in pursuit of justice for our citizens slain by ISIS. Although we cannot bring them back, we can and will seek justice for them, their families, and for all Americans,” Attorney General William P. Barr said in a statement.

In order to secure British help in obtaining evidence on the pair, Barr agreed that U.S. prosecutors would not seek the death penalty in any cases against them and would not carry out executions if they were imposed.

The pair were held in Iraq by the U.S. military for around a year and are now in FBI custody, Assistant Attorney General for National Security John Demers told a news conference.

“As for their ringleader, Mohamed Emwazi (infamously known as Jihadi John), he faced a different type of American resolve – the mighty reach of our military, which successfully targeted him in an airstrike several years ago,” Demers said.

“Their goal is to motivate people to launch attacks against Western targets wherever they are, using any means available,” Wray said.

Wray and Demers said the support of the British government was critical to moving the investigation and prosecution forward.

The families of Foley, Kassig, Mueller and Sotloff welcomed the news.

“James, Peter, Kayla and Steven were kidnapped, tortured, beaten, starved, and murdered by members of the Islamic State in Syria,” they said in a joint statement.

“Now our families can pursue accountability for these crimes against our children in a U.S. court.”

If convicted, Kotey and Elsheikh could face up to life in prison. The two are expected to appear in federal court in Alexandria, Virginia, on Wednesday afternoon, officials said.