The ruling means the government does not recognize her a citizen of the United States, even though she was born in the U.S. 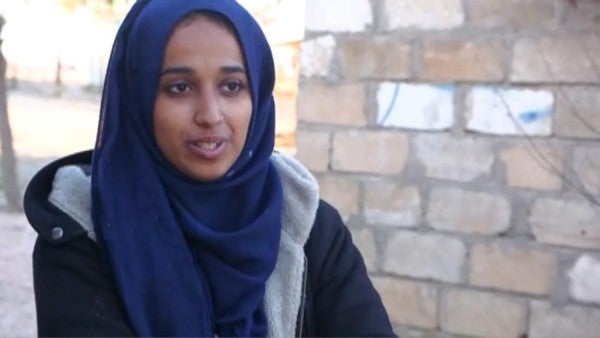 Federal court judge Reggie Walton in Washington D.C. has ruled Hoda Muthana, a young woman who left her family in Hoover, Alabama, to join ISIS, is not a U.S. citizen, her attorneys told AL.com Thursday.

The ruling means the government does not recognize her a citizen of the United States, even though she was born in the U.S.

On Feb. 22, attorneys for the Constitutional Law Center for Muslims in America have filed a lawsuit against Secretary of State Mike Pompeo, Attorney General William Barr and President Donald Trump asking the court to recognize her as a citizen so she and her son could return to the United States.

“It is obviously not what we wanted, but there are more steps in the legal process so this is not the end of our efforts,” said Christina Jump, the Civil Litigation Department Head for the Constitutional Law Center for Muslims in America. Jump is representing Muthana and her family in the lawsuit.

“Also, it's important to note that Judge Walton did not base his decision on any tweets or social media statements made by anyone in the current administration. Citizenship cannot be revoked by tweet or statements on a website, and nothing in today's ruling changes that.”

The judge ruled there is insufficient evidence Muthana was born while her father was a U.S. diplomat to Yemen, attorneys said. Confusion over the date when her father was no longer a diplomat to Yemen raised the question of her citizenship when she began asking to return to the United States. Muthana was born in the United States.

The judge also ruled her father could not provide financial support to his daughter and grandson without being subject to charges of providing material support to terrorism. However, it does not prevent him from sending clothing to Muthana and her son, Jump said.

Jump said Muthana and her son are still believed to be in danger.

Muthana, 25, left Alabama to join ISIS in November 2014. She has a 2-year-old son from her second marriage to an ISIS fighter.