"Who else is living here inside Schengen and able to move around freely without showing ID?" 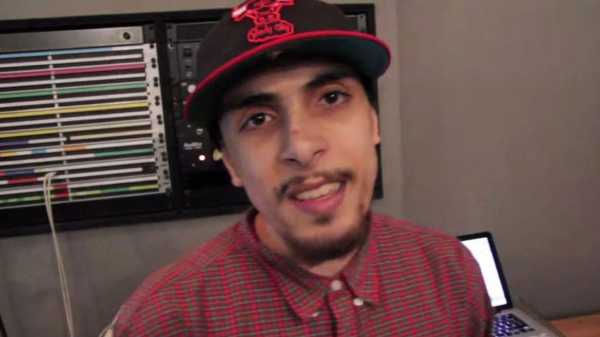 The arrest in Spain of an infamous member of Islamic State from London who authorities thought had been killed in Syria has sparked fears among security officials that more foreign fighters survived the fall of ISIS-controlled territory than previously imagined.

Worse, sources tell Insider, he found a way to smuggle himself back into Europe by avoiding customs checks and biometric tracking at borders.

Abdel-Majed Abdel-Bary and two unnamed associates were arrested Monday by Spanish police in the Mediterranean port city of Almeria after coordination with the UK domestic intelligence service MI5, which had been attempting to track him since he left the UK to join ISIS in Syria in 2015.

He once posed with a severed head

Abdel-Bary is the son of Adel Abdel Bari, who has been accused of killing 224 people in various bomb attacks across Africa. Some believe he is linked to the terror cell that committed the Bataclan massacre in Paris in 2015.

He is one of the best-known of European ISIS members to have been arrested after returning to Europe from Syria since the arrests of members of the “Molenbeek Cell” in Brussels that conducted terror attacks across France and Belgium from 2014 to 2016.

Abdel-Bary grew up in a council house in Maida Vale, North London. His address was not far from that of Mohammed Emwazi, better-known as “Jihadi John.” When video footage emerged of three ISIS suspects putting a knife to the throat of American journalist James Foley, officials initially suspected Abdel-Bary might be “Jihadi John” before later attributing the identity as Emwazi. Abdel-Bary did, however, once pose with a severed head.

Intelligence sources said they were shaken that such a major figure could make his way back into Europe undetected.

“This is a major problem,” a counter-terrorism official in Belgium told Insider.

“Abdel-Bary isn't some Syrian guy nobody has ever heard of. He's a well-known jihadist from a well-known jihadist family who was active on social media from Syria and was closely linked to both the cyber-caliphate activities of Junaid Hussain and the cell of UK fighters who controlled the Western hostages in Raqqa. Now it turns out he's not dead but rather living in a rented apartment on the Spanish coast.”

'Who else is living here inside Schengen and able to move around freely without showing ID?'

Spanish police did not identify the men beyond a statement that claimed, “One of the most sought terrorists in Europe, both because of his criminal trajectory in the ranks of [ISIS] and because of the high danger that he represented.”

UK officials subsequently identified one of the men as Abdel-Bary to the British media, a claim confirmed by EU intelligence officials.

The official said the immediate suspicion was that Abdel-Bary was able to make his way back to Europe at some point in the last few years amid the ongoing flood of civilian refugees. More than 1.5 million people fled the region through Turkey and Greece in 2015. Tens of thousands more arrived in 2019 alone.

“There was an Interpol Red Notice on him, he could not have used his legal paperwork from the UK to enter the Schengen Zone and his biometric data was available because of previous drug arrests so if he tried to enter as a refugee since the new standards were implemented by Frontex that should have quickly flagged him,” said the official. The Schengen Zone is the area of 26 countries in mainland Europe through which citizens are allowed to move without passports.

“Who else is living here inside Schengen and able to move around freely without showing ID?” asked the Belgian official, who had tracked both the Molenbeek Cell and then assisted French and Belgian special forces in targeting Francophone fighters during the fighting in Mosul and Raqqa from 2016 to 2019.

His name should have been flagged the moment he entered Europe

A source with the Greek Interior Ministry told Insider that there was no biometric data that showed Abdel-Barry passed through Greece at any point, and that his name would have been flagged if he tried to enter Schengen on his UK passport.

While the UK targeted several of its own high-profile ISIS jihadists — Junaid Hussain and Mohammed Emwazi were both killed in drone strikes in 2015 — the French and Belgians, who had more than 1,000 suspects leave to join ISIS, were much more specific and aggressive. They targeted high-value French-speaking jihadists during the campaigns to retake Mosul and Raqqa.

The French intelligence services concluded around 2016 that there was little value in accumulating more defectors from the group, and switched to a policy of targeting French-speaking groups of fighters as they were detected in Iraq and Syria.

“The Brits sent troops to assist with the overall effort and they were very effective,” said one French official, who said he considers Abdel-Bary to be part of the same cell that did the 2015 Bataclan attacks, “But we specifically worked with the Belgians to make sure that most of 'our' guys couldn't come home because they were dead. This is why we see more UK fighters detained by the Kurds than French of Belgian fighters. We worked very hard to kill as many as we could.”

They thought he had been killed in a drone strike

Abdel-Bary, 28, was involved in drug dealing and had a small star turn as a jihadi inspired rapper. He was influenced by his Egyptian-born father's yearslong detention in the UK while awaiting extradition to the US on charges he was a member of al Qaida who helped plan the 1998 East African embassy bombings in Kenya and Tanzania.

His family links to al Qaida, short career as a mediocre rapper, and heavy social media presence in 2015 made him one of the most visible UK members of ISIS before he disappeared, He was believed to have been killed as the group lost stronghold after stronghold in Syria and Iraq from 2016, until last year's final collapse of the proto caliphate in Baghuz.

He was believed to have traveled to Syria with Hussain, a UK born ISIS member who was considered a top computer expert for the group before being killed in a joint UK-US drone strike in the Syrian city of Raqqa in 2015.