‘The Closer We Get, The More Complex It Gets.’ White House Struggles With Strategy As ISIS Nears Defeat In Iraq And Syria 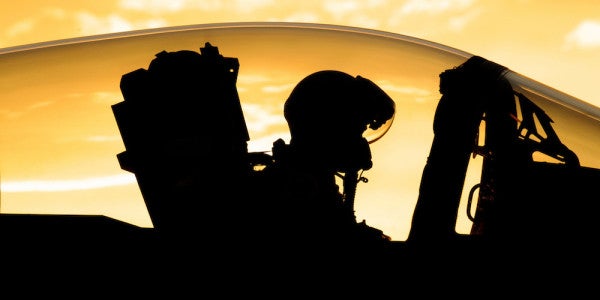 With American-backed ground forces poised to recapture Mosul in Iraq and Raqqa in Syria, Islamic State’s de facto capitals, U.S. commanders are confident they soon will vanquish the militant group from its self-declared caliphate after three years of fighting.

But the White House has yet to define a strategy for the next step in the struggle to restore stability in the region, including key decisions about safe zones, reconstruction, nascent governance, easing sectarian tensions and commitment of U.S. troops.

Nor has the Trump administration set policy for how it will confront forces from Iran and Russia, the two outside powers that arguably gained the most in the bitter conflict — and that now are hoping to collect the spoils and expand their influence.

Iran, in particular, is pushing to secure a land corridor from its western border across Iraq and Syria and up to Lebanon, where it supports Hezbollah militants, giving it a far larger foothold in the turbulent region.

“Right now everyone is positioned” for routing Islamic State “without having the rules of the road,” said Michael Yaffe, a former State Department envoy for the Middle East who is now vice president of the Middle East and Africa center at the U.S. Institute of Peace. “That’s a dangerous situation.”

The risk of a broader confrontation was clear in recent weeks when a U.S. F/A-18 shot down a Syrian fighter jet for the first time in the multi-sided six-year war, provoking an angry response from Russia, which supports Syrian President Bashar Assad.

U.S. warplanes also destroyed two Iranian-made drone aircraft, although it’s not clear who was flying them. The Pentagon said all the attacks were in self-defense as the aircraft approached or fired on American forces or U.S.-backed Syrian fighters.

“What I worry about is the muddled mess scenario,” said Ilan Goldenberg, a former senior State Department official who now heads the Middle East program at the nonpartisan Center for a New American Security. “When you start shooting down planes and running into each other, it quickly goes up the escalation ladder.”

The clashes occurred in eastern Syria, where Russian-backed Syrian and Iranian forces are pushing against U.S. special operations forces and U.S.-backed Syrian opposition fighters trying to break Islamic State’s hold on the Euphrates River valley south of Raqqa and into Iraq.

Except for a few towns, Islamic State still controls the remote area, and U.S. officials fear the militants could regroup there and plan future attacks. Many of the group’s leaders and operatives have taken shelter in Dair Alzour province.

As a candidate, President Trump promised to announce in his first month in office a new strategy for defeating Islamic State. As president, he has promised for more than a month to hold a news conference to discuss the effort.

He has yet to do either. But an intense debate is underway among the Pentagon, the State Department and the White House over the way forward. At least in public, Defense Secretary James N. Mattis and national security advisor H.R. McMaster have signaled different priorities.

The Pentagon argues that it only aims to defeat Islamic State and has no intention of being pulled into a conflict with Iran. Mattis, who is wary of what he calls “mission creep,” has advocated “de-confliction” zones that would essentially divvy up Syria and keep competing forces apart.

“We just refuse to get drawn into a fight there in the Syria civil war,” he told reporters Monday on a visit to Europe for North Atlantic Treaty Organization meetings.

Mattis acknowledged that military planning and operations have grown more difficult in eastern Syria because of the close proximity of Syrian, Iranian and Russian forces on one side, and U.S. troops and American-backed militias on the other.

“You’ve got to really play this thing very carefully, and the closer we get, the more complex it gets,” he said.

Two days later, McMaster offered a different perspective. He called the war against Islamic State “one part of a much broader campaign” aimed at blocking transnational terrorist groups from taking root.

Speaking at the Center for a New American Security, a Washington think tank, he argued that Iran is a disruptive force and suggested U.S. policy in the post-Islamic State era will focus increasingly on isolating Tehran and preventing it from expanding its influence.

He gave few specifics beyond “pulling back the curtain” on Tehran’s purported malign deeds, including support for Houthi rebels in Yemen and Shiite militias in Iraq, as well as Hezbollah in Lebanon.

“Iran is feeding this cycle of sectarian conflict to keep the Arab world perpetually weak,” McMaster said. He estimated that 80% of Assad’s effective fighters in Syria were Iranian proxies.

Russia is fighting in Syria to prop up Assad, a key ally in the region, and to maintain its only foreign naval base, which is on the Syrian coast. Iran’s goals are more ambitious as Tehran tries to build a Shiite crescent of nations that would extend from the Arabian Sea, across Iraq and into Syria and out to the Mediterranean.

“The situation in Syria could not be more complex,” McMaster said.

Hawks in the White House are eager to block or rein in Iran, while the State Department and the Pentagon are trying to apply the brakes to avoid a direct confrontation, one official involved in the debate said.

Diplomats and some at the Pentagon warn that fighting Iran in Syria could prove futile — or disastrous. They also warn of blowback in Iraq, where U.S. diplomats and soldiers are working in a delicate balance with local Shiite leaders to contain Iranian influence.

“Is eastern Syria where the Trump administration wants to draw the line on Iran?” asked Robert S. Ford, who left Syria in 2014 as the last U.S. ambassador there. “The question for the administration is how to confront Iran in eastern Syria, and is that the right place?”

Equally unclear is whether the White House will back Assad, whose hold on power now seems all but assured. Unlike the Obama administration, Trump has not called on the Syrian autocrat to hand power to a transition government or made a major diplomatic effort to persuade warring parties into negotiations.

“I've seen no evidence that they’ve given much thought to how you would bring the Syria conflict to resolution and how you would achieve a durable ceasefire,” said Ford, now a fellow at the Middle East Institute, a Washington think tank.

Unlike in Iraq, the State Department has no government partner in Syria to help remove mines, restore electricity and otherwise help the stricken country recover after a war that has leveled ancient cities and left an estimated 400,000 dead so far.

Current and former U.S. officials say a strategy is needed to maintain peace among rival tribal leaders, to promote reform, to stamp out radical ideology — even just to pay police and get schools and hospitals working again.

The next Syria may look a lot like the emerging Iraq, where diplomats are forced to accept a de facto partition of the country along sectarian and tribal lines, while Islamic State reverts to a violent insurgency rather than a quasi-state.

“Syria will continue to exist as one country on a map,” said Derek Chollet, a former senior Pentagon official who is now an expert on security and defense policy at the German Marshall Fund. “But it is hard to imagine it being governed from Damascus.”

The growing concern about the next step comes as U.S.-backed Iraqi forces appear within days of ejecting the last few hundred Islamic State fighters from their redoubt in the crowded warren of Mosul’s Old City.

In Syria, a U.S.-backed alliance of Syrian Kurds and Arab militias has steadily closed in on Raqqa, encircling the city after heavy fighting. Much of Islamic State’s leadership already has fled East, U.S. officials say.

While the battle won’t end once Mosul and Raqqa fall, the White House must decide whether to continue to arm and protect its proxy forces as Syria and Iran seek to consolidate their gains.

U.S. commanders say thousands of American troops should stay in Iraq to bolster the Iraqi army, which collapsed and fled when the militants first arrived on pickup trucks in 2014, three years after President Obama withdrew most U.S. troops from the country.

A tougher challenge lies in Syria, where the U.S. military has not been invited by the government and has no large fixed bases. The Pentagon has deployed hundreds of special operations forces and conventional troops to support the Syrian Democratic Forces, a coalition of Kurdish and Arab rebel groups that oppose Assad.

If the U.S. military pulls out, it could give a green light to Assad and Iran’s forces to turn their firepower on the U.S.-backed militias, potentially a nightmare scenario.

Pressure is growing on Capitol Hill for the White House to articulate a longer-term strategy for when the Islamic State threat has been neutralized.

In a surprise vote Thursday, the House Armed Services Committee approved an amendment from Rep. Barbara Lee (D-Oakland) that would repeal a 2001 authorization for use of military force, or AUMF, that three administrations have used as the basis for continued military action in the region.

A small cadre of lawmakers has argued for years that U.S. involvement now goes beyond what was authorized in the post-9/11 AUMF. Until now, leaders in both parties showed little appetite to sunset the measure or amend it for the current war.

Rep. Adam Kinzinger (R-Ill.), a former Air Force pilot in Iraq and Afghanistan, said any post-Islamic State strategy must go beyond military calculations. He was critical of a White House proposal to slash funding for the State Department and international development.