U.S.-backed forces have captured ISIS fighters tied to a January suicide bombing in Syria that killed four Americans, U.S. officials say, generating concrete leads for Washington about the deadliest attack to date there against U.S. personnel 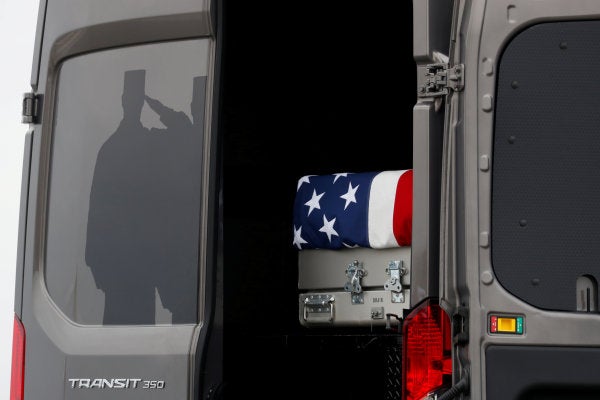 One of the officials told Reuters the number of people detained was in the “single digits.” A second official said there were several “initial detentions” made in February, without offering a specific number. The detentions have not been previously reported.

“Those initial detentions have provided some leads and opportunities that we are continuing to exploit,” the second official said, speaking on condition of anonymity and declining to offer additional details.

“The investigation is ongoing as are efforts to bring all of those terrorists responsible to justice.”

The attack was the worst single incident involving U.S. personnel in Syria since they deployed on the ground there in 2015 and took place at a cafe in the town of Manbij, which was controlled by a militia allied to U.S.-backed Kurdish forces.

The bombing occurred nearly a month after President Donald Trump confounded his own national security team and allies with a surprise decision on Dec. 19 to withdraw all 2,000 U.S. troops from Syria, declaring Islamic State had been defeated there.

Critics seized on the killings as clear evidence that the Islamic State still posed a threat.

Trump backtracked in February, agreeing to leave a small U.S. presence to help keep pressure on Islamic State during what the U.S. military believes will be a critical stabilization phase in Syria. The United States is seeking contributions from allies including Britain and France to remain in Syria.

The U.S. military has warned that Islamic State may still count tens of thousands of fighters, dispersed throughout Iraq and Syria, with enough leaders and resources to present a menacing insurgency in the months ahead.

The Pentagon's own internal watchdog released a report last month saying Islamic State remained an active insurgent group and was regenerating functions and capabilities more quickly in Iraq than in Syria.

“Absent sustained (counterterrorism) pressure, ISIS could likely resurge in Syria within six to 12 months and regain limited territory,” the report from the Pentagon's inspector general said.

The report, citing information from U.S. Central Command, said Islamic State would portray the withdrawal as a “victory” and conduct attacks on American personnel during the pullout process.

A report by United Nations Secretary-General Antonio Guterres warned that Islamic State has transformed into a covert network, but is still a threat with centralized leadership, up to $300 million at its disposal and thousands of fighters.

It said the group was interested in attacking aviation and using chemical, biological, radiological and nuclear materials and that there were up to 18,000 Islamic State militants in Iraq and Syria, including up to 3,000 foreign fighters.