How Much Territory Has ISIS Lost In Iraq And Syria? Check These Maps

Since ISIS made international headlines by invading Iraq from Syria in June of 2014, its territory has shrunken considerably. The terrorist group's steady... 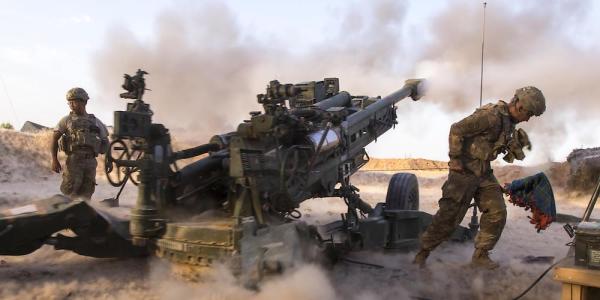 Since ISIS made international headlines by invading Iraq from Syria in June of 2014, its territory has shrunken considerably. The terrorist group's steady loss of territory culminated in the fall of its de facto capital of Raqqa, Syria last week.

In October 2014, ISIS territory in Syria and Iraq was at its maximum. The radical Islamist group controlled land stretching from central Syria all the way to the outskirts of Baghdad including major cities like Mosul, Fallujah, Tikrit, and Raqqa.

Although the region ISIS controlled was mostly desert, it encompassed an array of ethnic and religious groups, including Assyrian Christians, Yazidis, Kurds, Shiite Arabs, and Sunni Arabs. Many of the non-Sunni groups were the victims of targeted violence by ISIS, which perpetrated genocide against the Yazidis and Assyrians.

The map of ISIS territory from October 2017 shows that the group has lost all of its major urban strongholds and is now confined to the sparsely-inhabited border territories between Iraq and Syria.

Nevertheless, experts say the sparse desert area that ISIS has fallen back on is part of the same Sunni-majority region that fueled its rise.

“When we invaded and conquered Iraq in 2003 we created ungoverned space for Sunni Arabs in Iraq which then spilled over in nearby Syria,” Professor Robert Pape, who heads the Chicago Project on Security and Terrorism at the University of Chicago, told Business Insider. “The worry here is that as that area of Iraq and Syria now could remain ungoverned space from the perspective of the Sunni Arabs, this problem may just simply fester and continue.”