Inside The Tunnels ISIS Uses To Launch Sneak Attacks In Raqqa

The Kurdish YPG, a contingent of the U.S.-backed forces fighting to liberate Raqqa in Syria, released a video on Aug. 29 showing what appear... 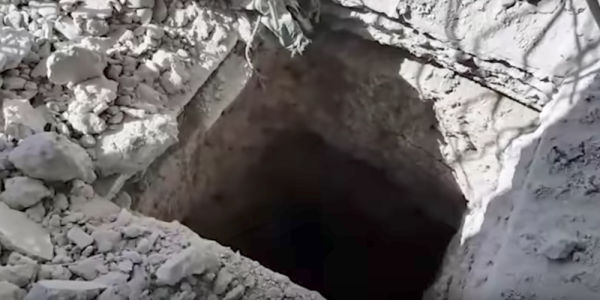 The Kurdish YPG, a contingent of the U.S.-backed forces fighting to liberate Raqqa in Syria, released a video on Aug. 29 showing what appear to be the underground ISIS tunnels that militants dig to launch sneak attacks.

The video shows two rather large tunnels inside a captured, bombed-out mosque, from which the YPG claim that ISIS had been using.

“The barbaric group, aware of the YPG's sensitivity towards people's places of worship, and other historic sites have been using as bases to delay the liberation of Raqqa,” text in the YPG video reads.

ISIS has been known to use such tunnels in Iraq and Syria not only for sneak attacks, which the militants reportedly paid terrified civilians the equivalent $2 per day to dig, are also used for moving supplies, housing ISIS fighters and laying booby traps.

Former ISIS fighters have reportedly said that some of the tunnels are extremely complex, some even containing rooms, toilets and medical facilities.

A YPG commander recently said there are about 700 to 1,000 ISIS fighters left in Raqqa, and that the battle should be over in about 2 months.

This older Fox News video shows how intricate the ISIS tunnels can get: