The US, UK, and France's missile strike on Syria's suspected chemical weapons sites involved 105 missiles fired from air and sea to... 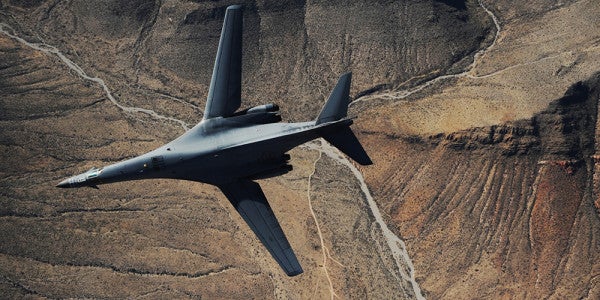 The US, UK, and France's missile strike on Syria's suspected chemical weapons sites involved 105 missiles fired from air and sea to rain down thousands of pounds of explosives on three sites across the country – but Israeli intelligence officers reportedly called it a failure.

“If President Trump had ordered the strike only to show that the US responded to [Syrian President Bashar] Assad's use of chemical weapons, then that goal has been achieved,” a senior defense official told Israel's Ynet News. “But if there was another objective — such as paralyzing the ability to launch chemical weapons or deterring Assad from using it again — it's doubtful any of these objectives have been met.”

An intelligence officer who talked to Ynet wasn't as forgiving.

“The statement of 'Mission Accomplished' and (the assertion) that Assad's ability to use chemical weapons has been fatally hit has no basis,” the source said, likely referring to a recent tweet from President Donald Trump.

A perfectly executed strike last night. Thank you to France and the United Kingdom for their wisdom and the power of their fine Military. Could not have had a better result. Mission Accomplished!

Unlike the strike in April 2017, the US and its allies did not target Assad's jets or airfields, though that attack was also apparently of low impact, as Assad's jets took off from the damaged airfield within 24 hours and reports of chemical warfare by his regime persisted.

The Tayfur or T-4 military airbase near Homs, Syria.Google Earth

The Israelis seemed to take particular issue with Trump talking about his plans to strike before the military action took place. In comparison, Israel is suspected of carrying out a silent but lethal air war against Iranian-aligned militias in Syria, though it seldom ever comments on whether it took part in specific strikes, and always after the fact.

“If you want to shoot – shoot, don't talk,” an Israeli diplomatic source told Ynet. “In the American case, this is mostly talk. They themselves show actions are not going to follow.”

After Trump tweeted that Russia and Syria should “get ready” for incoming missiles, it appears they moved assets to more protected locations, potentially limiting the available targets for the strike.

Nobody knows how much chemical weaponry Assad has left

The US said the strike had hit the “heart” of Assad's chemical weapons infrastructure, but admitted some residual capabilities remained. The strike certainly did not deal any damage to Assad's air force, which is suspected to deploy the chemical weapons.

While the Israelis estimated that the strikes didn't hit the bulk of Assad's chemical weapons, it's hard to know exactly how much or where the weapons stores could be, as international inspectors certified that Syria had removed their weapons of mass destruction as a result of a deal between then-President Barack Obama and Russia in 2013.

But reports of chemical attacks have regularly surfaced since then, and recent reports from Islamist rebels fighting Assad in Douma, the town where the most recent suspected chemical attack sparked the US and allies' strike, said Assad is using the terrifying weapons to win on the battlefield.

“They bombed and bombed and we weren't defeated by conventional weapons so they found the only way was to use chemical (weapons),” a rebel told Reuters.

Despite the US and allies' missile strike on Syria, Assad's regime has only strengthened and fortified its position by clearing out more rebel strongholds.

The UK has admitted that the strike did not intend to turn the overall tide of the war, and was essentially meant as a punitive action to compel Assad not to use chemical weapons.