U.S. Army doctors who treated victims of the recent mass shooting in El Paso, Texas, said the emergency room scene was like a war zone, except for one difference: None of the wounded had been protected by body armor 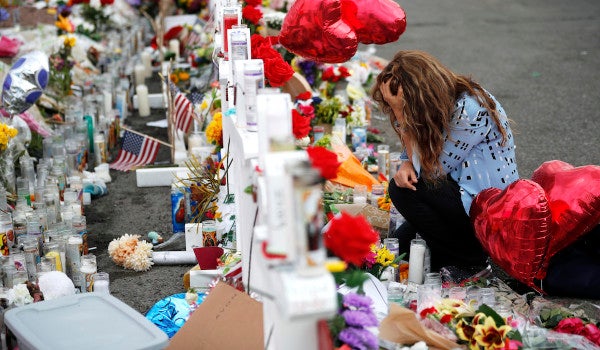 U.S. Army doctors who treated victims of the recent mass shooting in El Paso, Texas, said the emergency room scene was like a war zone, except for one difference: None of the wounded had been protected by body armor.

Critically wounded patients began arriving at local hospitals in El Paso less than a half hour after a lone gunman, armed with a rifle, entered a nearby Walmart and began shooting.

Orr was the orthopedic trauma surgeon on call at Del Sol Medical Center the day of the Aug. 3 shooting as part of an established partnership the Army medical community in El Paso holds with local hospitals.

Staff at Del Sol were notified of the mid-morning shooting soon after it began.

“About 20 minutes later is when the mass casualty event tipped off in the emergency room,” Orr said. “As with any mass casualty situation, and I have been involved with a couple others overseas, it is very well-controlled chaos. It's everybody following a well-rehearsed plan of triaging patients and sending the most urgent cases to the operating room.”

Orr had seen these types of traumatic wounds during deployments to Afghanistan in 2011 and 2016, but service members “for the most part are protected by body armor and so vital organs of the thoracic and abdominal regions tend to be protected.”

“This is the first time that I have been involved in a mass casualty event where we are dealing with patients where those vital organs weren't protected, so we saw a lot more life-threatening abdominal injuries than what I have seen previously in a combat theater,” he said. “It was very surreal.”

Maj. Chris Bell, a trauma critical care surgeon at William Beaumont, said he was at the gym when he first heard about the shooting.

“I called in and checked in with the trauma director at Del Sol and said, 'Hey, I am available if you need me.' And this was right as everything was unfolding, and they called me back and said, 'Hey, can you come in?' And by that time, I was already on my way in,” Bell said. “I went down to the emergency room and started triaging people.”

Bell said he saw a lot of low-velocity pistol wounds during his training and high-velocity rifle wounds when he deployed to Afghanistan last year.

“It's just a larger cavity wound,” he said. In addition to the hole created by the bullet, there is also a temporary cavity created by the shock wave, he explained.

“The secondary injury, the blast injury from the ballistic, is much greater than a lower-velocity such as a handgun,” Bell said. “It may not seem on day zero that there is an injury present. You may not see ramifications of that injury for two to three days from the blast effect and some of the shock.”

The shock trauma can destroy tissue, “especially with intestines and other solid organs such as the spleen, kidney, liver,” he said. “The area that you see in the initial operations may look fine; however, when you go back the second or third time, that area is a lot worse because of the blast injury.”

Many of the orthopedic injuries suffered in the shooting were critical as well, Orr said, describing “bone destruction … soft tissue destruction.”

“We needed to get them to the operating room as soon as possible to limit their long-term disabilities,” he said.

More than a dozen Army doctors, many residents just beginning their medical careers, worked to treat the shooting victims.

Capt. Austin Feres, a second-year orthopedic surgery resident at Beaumont who was working the 24-hour on-call shift at University Medical Center, said he was in the emergency department when word of the shooting was announced.

“There were multiple providers, health care professionals, in the emergency department running around doing different tasks kind of preparing for the casualties that were coming in,” he recalled. “We had multiple group huddles … delegating tasks to different people.”

Feres said he helped triage six of the roughly 10 victims who arrived at UMC nearly simultaneously.

“The injuries weren't atypical for us, but as far as the volume — that was atypical,” he said. “But you go into that reaction mode … you rely on your training that you have had and your experience, and you just kind of go into that mode of 'this is what needs to get done.' And you just try to do it as swiftly and efficiently as possible and get on to the next patient.”

Many of the doctors said they were inspired by the way the El Paso medical community came together to deal with the tragic event.

“This is a military town, and that was on display … for sure,” Orr said. “You saw military providers … and residents and other staff members that were calling and saying, 'What can we do?' And many of those people showed up to help at both centers.”

Capt. Reuben Macias, a fourth-year orthopedic resident at Beaumont and an El Paso native, said there were 17 residents at Del Sol trying to help that day.

“We don't really see each other all the time … but for those of us who saw the individuals as they came ready and willing to help, I have never been more proud to be a part of this program,” he said.

Capt. Josh Tadlock, a third-year orthopedic resident, said he had just flown into El Paso from being on leave when he heard about the shooting.

Like his colleagues, Tadlock described El Paso as a welcoming town, one that he calls home.

“To be able to be a part of the group of people who took care of the people in the city … it's a unique experience that I hope I never have to do again, but I am very grateful and humbled to have been a part of it,” he said.