President Donald Trump intends to nominate retired two-star admiral James McPherson to be the next Army undersecretary, the White House announced in a statement Thursday 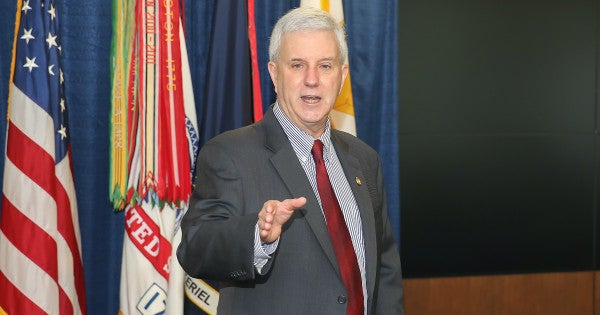 McPherson, 66, was the Judge Advocate General of the Navy when he retired in 2006.

McPherson graduated from San Diego State University with a degree in public administration in 1977. He earned a law degree at the University of San Diego in 1981, his Navy biography says. He holds a master's degree in law from the Judge Advocate General's School of the Army.

In addition to serving in the Navy JAG Corps, McPherson also served three years enlisted in the Army as a military policeman.