This former Army sergeant did 23 years for murder. He’s been convicted of two more since his release

James Opleton Bradley was released from prison in 2013 after serving 23 years in the killing of his 8-year-old stepdaughter. He's since been convicted in two other murders 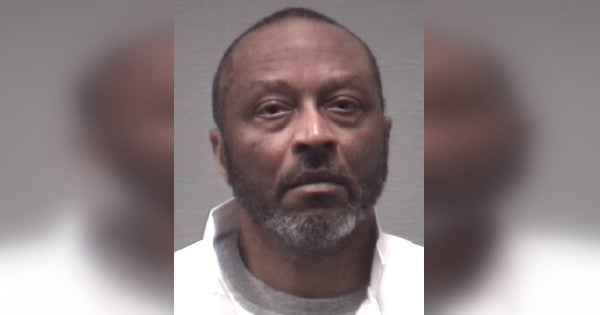 The jury deliberated for just a few hours Tuesday at the New Hanover County Courthouse. Closing statements ended Monday after a trial that drew 23 witnesses and 185 pieces of evidence.

The sentencing phase for Bradley will begin at 9:30 a.m. Thursday. Ben David, District Attorney for New Hanover and Pender counties, has also announced his office could pursue the death penalty.

Tucker, 33, had been missing from Wilmington since August 2013, five months after Bradley, a former Army sergeant, was released from prison after serving 23 years in the Fayetteville killing of his 8-year-old stepdaughter, Ivy Gipson.

Police found Tucker's body while searching for another missing Wilmington woman: Shannon Rippy Van Newkirk, 53, last seen April 5, 2014, while walking to a downtown Wilmington bar. Van Newkirk's body has never been found, but Bradley was convicted of second-degree murder in her presumed death in 2017.

David laid out the state's argument for convicting Bradley of first-degree murder. If the jury condemns Bradley to the death penalty, he will be the first person from the region sent to death row in 15 years.

David walked the jury back through the grisly discovery of Tucker's body in April 2014, when she was found buried in a field in Pender County, bound in duct tape inside trash bags.

“Elisha Tucker is gone, and now we know exactly what happened to her,” David said.

Tucker's autopsy, David told the jury, showed she had four broken ribs. Her head had been bludgeoned four times with a blunt object, or slammed against something. By the time her body reached the autopsy table, there was no blood left in it.

At multiple points Monday, defense attorney Geoffrey Hosford motioned for a mistrial, arguing that David was improperly instructing the jury and that he had made improper references to Rippy's murder.

When David showed jurors a copy of the verdict sheet and asked them not to choose second-degree murder, Hosford argued that David was implying the defense was pushing for that conviction. As in any trial, the burden of proof rests with the prosecution.

“He's telling them that we asked for it,” Hosford said. “That's improper, that's not truthful, that's not the law. That's a mistrial, your honor.”