“The family has seen a lot of war in Vietnam ... The Vietnamese people are not fond of war.” 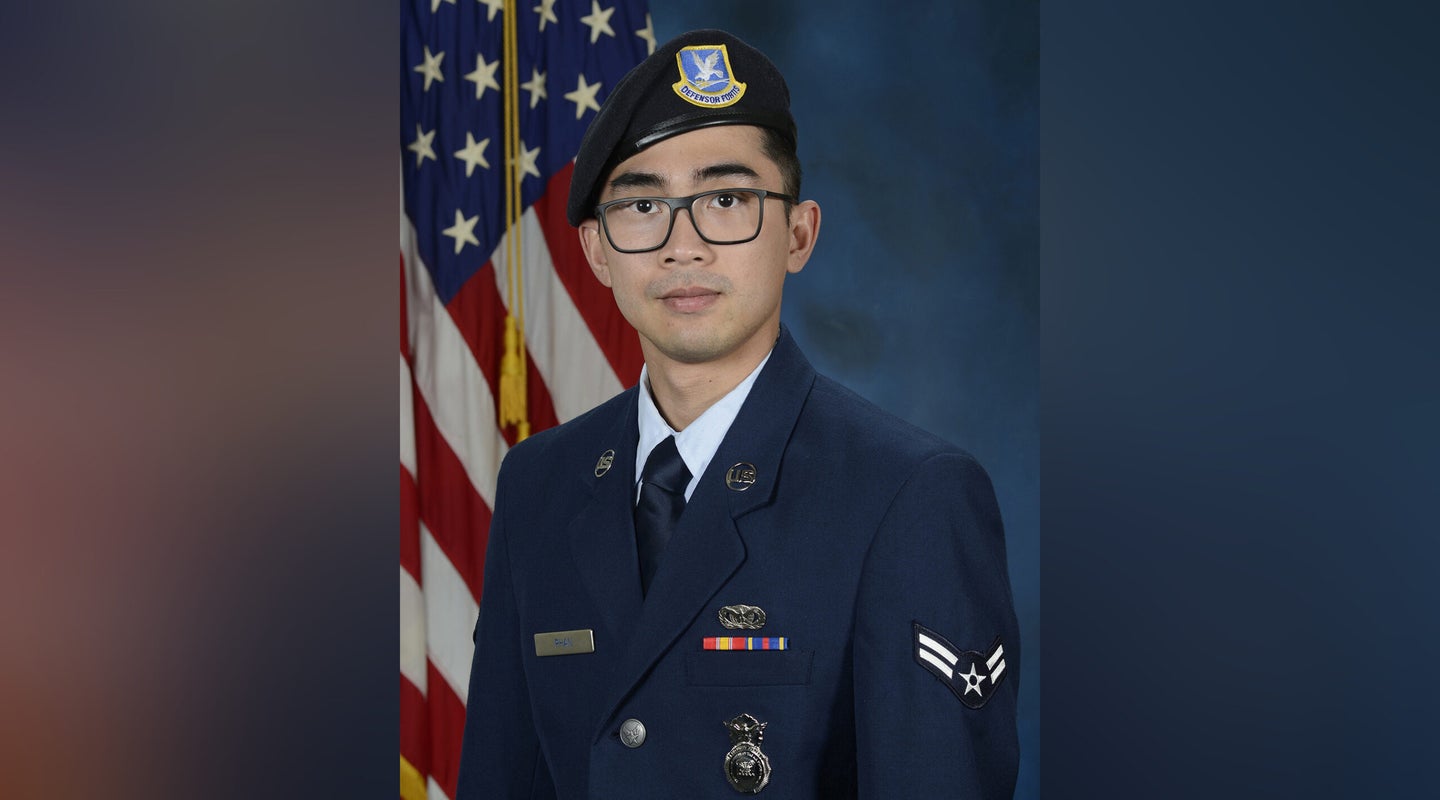 Senior Airman Jason Khai Phan, the 26-year-old Anaheim man who died Sept. 12 in Kuwait, was laid to rest during a service Tuesday at Miramar National Cemetery in San Diego.

Phan was first remembered in a Mass in Vietnamese with dozens of family members, friends and military personnel at St. Columban Catholic Church in Garden Grove. Then a procession traveled the 121 miles to the cemetery, which limited attendees to 35 people because of the coronavirus pandemic.

“Anaheim firefighters and police officers lined the Lewis Street bridge,” said Laura Herzog, with Honoring Our Fallen. She escorted Pham’s family in a van to the cemetery. “It was really beautiful.”

There were also families waving flags along the way, she said.

Phan died in a single-vehicle, noncombat accident, while on routine patrol near the Ali Al Salem Air Base, Department of Defense officials have said. Two other airmen were injured.

Related: Airman killed in vehicle accident in Kuwait remembered as ‘exceptionally noble servant to the nation’

Huey Nguyenhuu, a U.S. Navy veteran and chairman of the Vietnamese American Uniformed Services Association, said he had “a very emotional meeting” with Phan’s family shortly after his death, speaking with the airman’s father, Dong Phan, and mother, Tuyet Duong. The parents described Phan as “shy, sweet, intelligent and very quiet,” Nguyenhuu said.

But he was also “strong and determined and wanted to give back to his country,” added the association’s Executive Director Hien Dom.

Phan’s grandfather served with American forces in Vietnam during the war, Herzog said the family told her, and immigrated to the United States in 1995. Phan’s immediate family arrived several years later, when Phan was 16.

Phan attended Los Amigos High School in Fountain Valley and his fascination with airplanes led him to Orange Coast College where he got a degree and then joined the Air Force, she said.

“The family has seen a lot of war in Vietnam,” Dom said. “The Vietnamese people are not fond of war.”

But Phan’s father was very proud of his son, said Anh Bui, who said she worked with Dong Phan at Z Cafe in Westminster.

Phan, who served with the 66th Security Forces Squadron, had been accepted as a military working dog handler, but was deployed to Kuwait before he could train. Military officials have said the security work he was doing in Kuwait was supporting efforts to combat Islamic State as part of Operation Inherent Resolve.