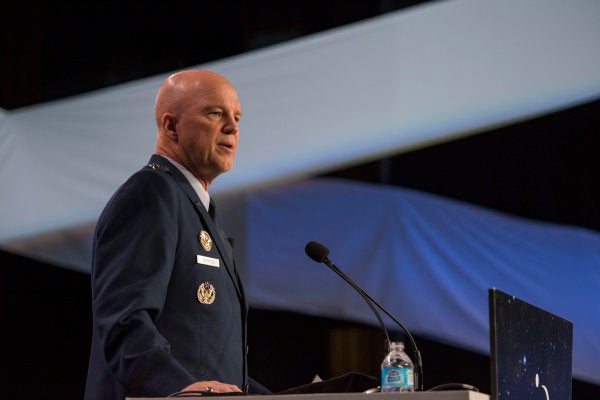 Raymond, whose nomination would face a senate vote, currently serves as commander of the U.S. Air Force's existing Space Command. That Air Force entity would be a key component of the new command.

The U.S. Space Command, which Trump established in December, is separate from his goal of creating a “Space Force” as an independent armed service branch.

It's not clear whether Raymond would lead both space commands at the same time, if he's confirmed. The existing Air Force Space Command is based in Colorado and employs more than 26,000 people worldwide.

The White House could not immediately be reached for this story, but the Air Force Association confirmed the nomination Tuesday afternoon to the Daily News.

Trump's one-page memo announcing the new command states it would be tasked with general responsibilities of a “unified combatant command,” but it offered no details.

An entity of the same name existed from 1985 to 2002, but it was disbanded after the 9/11 terrorist attacks so the military could focus on homeland security.

Raymond has held numerous roles in the military since 1984 and won several awards and decorations, according to a bio on the Air Force's website. He previously served as the Air Force's deputy chief of staff for operations.

SEE ALSO: Trump Just Signed A Prime Directive On The Space Force. Now It's Up To Congress To Make It So