Former wrestling star and Minnesota governor Jesse Ventura told CBS News this month that his lawsuit against the estate of... 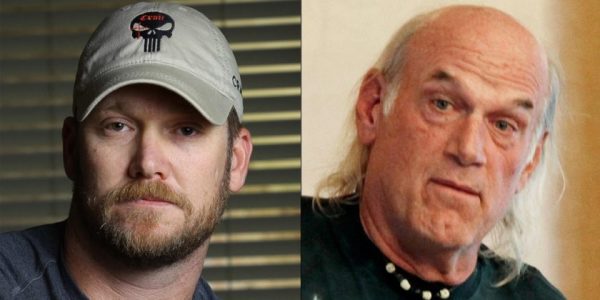 Former wrestling star and Minnesota governor Jesse Ventura told CBS News this month that his lawsuit against the estate of slain Navy SEAL Chris Kyle has made it hard for him to find work.

Yet, in a tense exchange with Fox News host Jesse Watters, Ventura defended his decision to pursue the defamation suit even after Kyle was gunned down by another veteran in 2013. At that point, the suit ensnared Kyle's widow, Taya Kyle, who is the executor of his estate and lives in North Texas.

Ventura, a Navy veteran, argues that Chris Kyle defamed him in Kyle's best-selling memoir, American Sniper. Kyle wrote that in 2006 he knocked down a man he dubbed “Scruff Face” at a California bar during the wake of a fallen SEAL after the man said the elite unit “deserve to lose a few.”

The book by the deadliest sniper in U.S. military history was turned into an Oscar-nominated movie, which didn't depict the alleged incident with Ventura.

A jury sided with Ventura in 2014 and awarded him $1.8 million, but a federal appeals court tossed the judgment.

This month, the host of Fox News' Watters' World approached Ventura at the Cannabis World Congress and Business Expo in New York and pointed his microphone at him.

Watters, who considers himself a comedian, began with what appeared to be a joke: “Does Trump need to get high?”

“I hope not, because I'll tell you this — my entire four years as governor, I didn't get high,” he said.

“Were you high when you sued Chris Kyle's widow?” Watters asked.

Ventura's expression hardened. The rest of the exchange went like this:

VENTURA: Was I high? You know, that's a question, and I expect it from someone from Fox. No.

WATTERS: It's a serious question.

WATTERS: How do you know that?

VENTURA: Because insurance pays for it all. She hasn't paid 1 cent. How do I know it? It's my case.

The former politician pointed out that the appeals court had overturned the award. He insisted the case hadn't cost Kyle's family any money.

Watters asked Ventura if he should apologize to Taya Kyle.

“No, she should apologize to me for the lie that her husband told about me,” Ventura replied. “Why would I apologize? I didn't do anything. You only apologize if you've done something wrong, pal.”

Before the American Sniper judgment was struck down, Ventura's lawyer said publisher HarperCollins' insurance policy would cover all damages and costs of defending the suit.

But Taya Kyle's attorney told The Associated Press at the time that the insurance would cover only a chunk of the award and that the rest would have to be paid from Chris Kyle's estate.

Taya Kyle published her own memoir, American Wife: Love, War, Faith, and Renewal, in 2015. She speaks publicly about issues affecting veterans and joined Fox News as a contributor last year.

Ventura, who lost his health insurance through the Screen Actors Guild union, has signed on with RT, the TV network funded by the Russian government.

He told CBS News this month that his show on RT would let him share his viewpoint on matters across the globe.

“My United States union throws me in the dirt and who comes to the rescue? Russia,” he said.

Before asking Ventura whether he should apologize to Taya Kyle, Watters was the one being pressed to show contrition after a controversial 2016 segment filmed in New York's Chinatown. Watters conducted street interviews with Asian-Americans that critics said devolved into stereotypes and racism.

In one instance, he approached a street vendor and said he liked his watches.

“Are they hot?” Watters asked, implying they were stolen.

The host offered not an apology but “regret.”