The British Royal Navy is testing out jetpack assault teams

The high-speed assault teams would rapidly swarm and board ships. 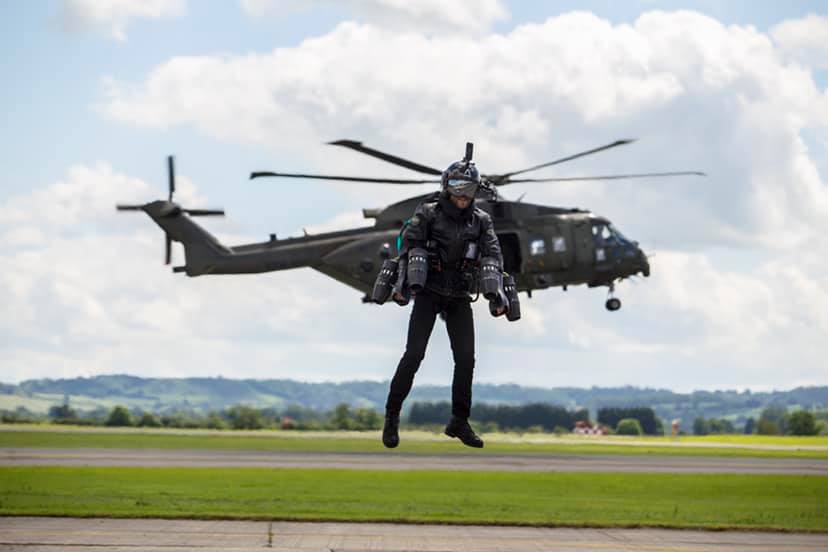 For decades, science fiction has been telling us that jet packs are right around the corner. But, while it seems there’ll still be some time before any of us are using them to get to work, the UK and US have been experimenting with jet suits for a number of applications, including defense.

#FunFactFriday – The Royal Navy has been testing Jet Suit assault teams to determine if the Iron Man-like suits could be used to rapidly swarm and board ships. U.S. Special Operations Command is also evaluating a jetpack that can reach speeds of more than 200 mph. pic.twitter.com/mo5FoGWkDu

Of course, this isn’t the first time Gravity Industries’ jet packs have been spotted flying around Royal Navy ships. That’s fitting, seeing as Gravity Industries’ founder Richard Browning served in the British Royal Marines prior to beginning his new life as a jet pack mogul. Last year, he had the opportunity to fly his 5-engine jet pack suit around the pride of the Royal Navy, the HMS Queen Elizabeth.

While the Royal Navy hasn’t announced any plans to adopt these jet packs for military purposes, both the Royal and U.S. Navies have acknowledged that they’ve been in contact with Gravity Industries. According to Browning himself, he’s already met with members of the U.S. Special Operations command — specifically, the Navy SEALs — to discuss what capabilities his jet packs could offer.

Last month, the Great North Air Ambulance Service (GNAAS), a UK-based charity that provides helicopter emergency services, began testing jet suits from Gravity Industries to see if they might allow paramedics to fly directly up to hard-to-reach locations where hikers and mountain climbers find themselves injured.

As GNAAS pointed out, “The undulating peaks and valleys can often mean the helicopter is unable to safely land close to the casualty, forcing travel by vehicle or foot.” That’s not optimal for emergency situations and could potentially even put rescue workers in danger. That’s where these jet packs could come in.

“In a jet pack, what might have taken up to an hour to reach the patient may only take a few minutes, and that could mean the difference between life and death,” GNAAS director of operations Andy Mawson explained.