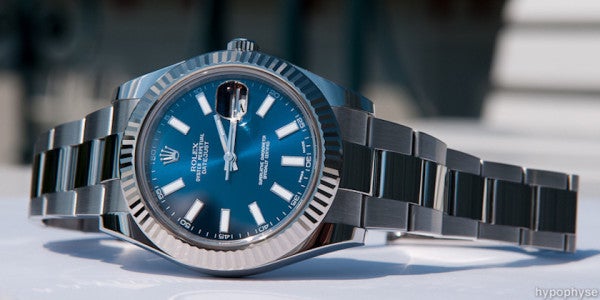 For months, con men walked into Reeds Jewelers in Virginia Beach and helped young sailors buy Rolex watches with special financing, according to a lawsuit.

The sailors would then walk outside, sell the watches to the con men for pennies on the dollar and not pay off the loans.

The jeweler's reaction when an assistant manager brought the scam to the attention of her bosses? Ignore the whistleblower's pleas for help, fire her when a finance company started asking questions and then bad-mouth her when she was hired by another jeweler, the lawsuit said.

“This case is largely motivated with the interest of protecting future military members from being made a part of this scam or others like it,” said attorney Todd Gaynor, who declined to comment further.

In an interview Monday, an attorney for Reeds denied wrongdoing by his client. Thomas Lucas acknowledged the apparent pattern of people buying jewelry from Reeds and defaulting on their loans but said the jeweler was not a party to a scam.

“The company didn't sponsor any sort of scheme to defraud,” Lucas said. He added that Reeds – one of two authorized Rolex retailers in South Hampton Roads – reported the suspect transactions to Virginia Beach police and Naval Criminal Investigative Services.

Lucas also denied that Anderson was terminated for refusing to go along. The company has asked a judge to dismiss the lawsuit.

Anderson started working for Reeds in October 2006 as a sales associate, the suit said. In time, she was promoted to assistant manager at the Lynnhaven Mall store and was even offered a position as manager of a store at Patrick Henry Mall in Newport News.

She was fired April 18, 2015, though. She was officially terminated for not following a company policy on the use of multiple lenders, the lawsuit said. But it claimed the real reason was that she tried to cast light on a scheme “wherein Reeds was taking advantage of young military individuals and reaping large profits as a result.”

Anderson first noticed it in or around October 2014, according to the lawsuit. She said she saw a small group of people she called “handlers” repeatedly come into the store with young sailors she called “buyers.” The lawsuit said the buyers would request and receive credit from Reeds' lending partners and then buy jewelry – usually Rolex watches.

Anderson learned in time that the sailors were reselling the watches to the handlers for “a fraction of the amount actually financed” and then defaulting on the loans, the lawsuit said.

Anderson claimed she started trying to talk the sailors out of the loans. But the lawsuit said she also “repeatedly informed Reeds management about this scheme and the potential harm being perpetrated on young military personnel.”

The lawsuit said she contacted Reeds' loss prevention manager in October 2014 and the head of inventory control in January 2015.

“Reeds management did nothing to investigate Anderson's concerns,” the lawsuit said. “Rather, Reeds continued to see inflated sales of high end jewelry through this scheme and as a result, directly profited by their participation in this fraud upon their lending partners.”

In February 2015, one of Reeds' lenders – Pioneer Services – launched an investigation after seeing an increase in loan defaults in Hampton Roads. And in March 2015, Reeds' loss prevention manager visited Anderson's store and claimed ignorance of her prior requests for help, the lawsuit said.

Anderson was fired shortly thereafter. Following her termination, Reeds representatives disparaged Anderson to other members of the Hampton Roads jewelry community, the lawsuit said. Among other things, they alleged she was being investigated or would be investigated by NCIS and the FBI.

A spokesman for Pioneer Services, which specializes in loaning money to military service members, declined to comment on the lawsuit's allegations. But Scott Cahill noted that his company is not a party to the suit.

Still, he said Pioneer continues to partner with Reeds “as a lending resource for military families.”