An Algerian-born al-Qaeda operative accused of recruiting Montgomery County’s infamous “Jihad Jane” in a 2009 plot to assassinate a Swedish... 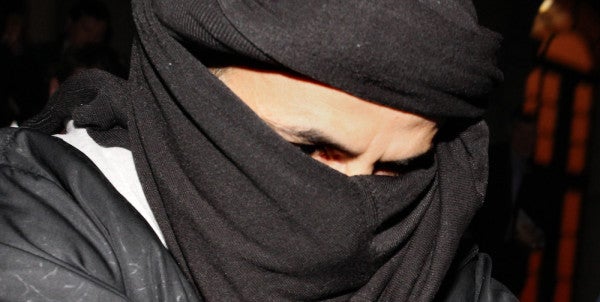 An Algerian-born al-Qaeda operative accused of recruiting Montgomery County’s infamous “Jihad Jane” in a 2009 plot to assassinate a Swedish artist has told a federal court in Philadelphia that he intends to plead guilty to terrorism charges, prosecutors said Thursday.

Ali Charaf Damache, 52, is scheduled to admit his guilt before U.S. District Judge Petrese B. Tucker in a hearing Monday. That would bring an end to the region’s longest running and most notable terrorism case – one given new life after Damache’s 2017 extradition from Spain, six years after he was charged.

At a hearing last year, Damache fired another lawyer the court had appointed for him and vowed to take his case to trial by himself.

But the fact that Damache’s case was being pursued here at all was seen at the time of his extradition as a significant test of Attorney General Jeff Sessions’ earlier calls for foreign-born terrorism defendants to be tried by military tribunals instead.

Sessions has argued that accused terrorists from abroad do not deserve the same legal rights as citizens tried in U.S. courts and suggested that hosting trials for them within the country’s borders poses a security risk.

But since Damache arrived from Spain, he has remained in the Federal Detention Center in Philadelphia – just blocks from the building where a federal grand jury indicted him in 2011.

Months later he surfaced in Spain, where authorities detained him in a Barcelona hotel room and ultimately handed him over to U.S. authorities.

Prosecutors have accused Damache of using jihadist websites between 2008 and 2011 to recruit several Americans for a cell he hoped to establish for al-Qaeda in the Islamic Maghreb, which operates in Algeria.

Known by his online nickname, “the Black Flag,” he allegedly sought out light-skinned women and others who did not fit the traditional terrorist profile.

His targets at the time included Colleen LaRose, a blue-eyed, blond-haired Pennsburg woman who used the moniker “Jihad Jane” to post jihadist screeds to YouTube; Jamie Paulin-Ramirez, a single mother from Colorado; and Mohammad Hassan Khalid, a former high school honors student from Maryland who became, at the time of his guilty plea, the youngest person convicted in the U.S. on terrorism charges.

According to court filings, Damache eventually persuaded LaRose and Paulin-Ramirez to join him in Ireland with promises that they would launch an attack on Lars Vilks, a Swedish artist whose drawings of Muhammad’s head on the body of a dog offended some Muslims.

The plot, however, fizzled out, and LaRose, Paulin-Ramirez, and Khalid were arrested.

At her sentencing hearing in 2014, LaRose still spoke of Damache with admiration.

“I had so much respect for him. I had this emotional attachment to him,” she told Tucker. “He was so brave.”

LaRose, 55, remains in federal prison, serving a 10-year term. Paulin-Ramirez, 39, and Khalid, 24, have been released after serving their sentences.

Damache could face up to 45 years in prison, but his decision to plead guilty is likely to reduce the time he will spend behind bars.