The former director of the Navy's sexual assault and prevention office wasted government resources for years by taking official trips primarily for personal reasons, including what amounted to two family vacations in Hawaii 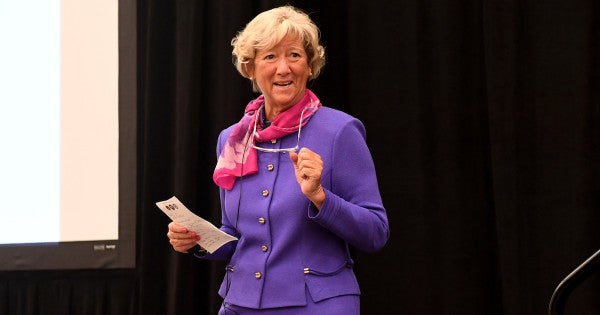 The former director of the Navy's sexual assault and prevention office wasted government resources for years by taking official trips primarily for personal reasons, including what amounted to two family vacations in Hawaii, the Defense Department's Inspector General said in a recent report.

This is the second time Jill Vines Loftus has been chided by the Inspector General following a 2016 investigation that found she was wrongfully reimbursed more than $7,000 for travel after repeatedly violating government policies. The new report also concluded Loftus failed to treat her staff with respect and belittled a female officer's appearance.

In her job, Loftus would travel the world visiting sailors and Marines to review matters concerning sexual assault, prevention and response. She served as the Navy secretary's principal point of accountability for all sexual-assault policy matters and as the primary resource for expert sexual-assault prevention and response assessment, program support and oversight, according to a Navy biography.

Former Navy Secretary Ray Mabus created the post in 2009, and Loftus was the first to hold it. She retired on Labor Day in September, weeks after investigators unsuccessfully attempted to interview her about her travel.

The inspector general concluded in a report released in late March that Loftus conducted little or no work during official travel to New Orleans, New York, Japan, Key West, Fla., Spain and Saratoga Springs, N.Y., where she grew up. On that trip, a Facebook photo showed her apple picking.

“Witnesses could not account for Ms. Loftus' activities for much of the duty day and Ms. Loftus did not share information about many of her activities with her staff,” the report says. “Additionally, witnesses told us that Ms. Loftus went sightseeing during the duty day, skipped meetings she was scheduled to attend and sent her staff instead, and accrued an unreasonable amount of mileage on her rental vehicles.”

Investigators found she started planning both of her Hawaii trips months ahead of finding an official justification for going. After she booked VIP lodging for herself and her family, she asked the Hawaii Sexual Assault and Prevention and Response Office to create official business for her, the report said. Staff members told investigators Loftus could have done many of the same meetings by phone.

In a response to the broad travel abuse allegations, Loftus wrote that investigators “neglected” to include after-hours work she conducted by email and other work outside normal hours.

She wrote that she had “spent many hours talking” with military personnel and their families, as well as people in the communities such as bar owners in Key West about sexual assault and domestic violence issues. She also said she checked the various commands to make sure they were advertising sexual assault hotlines and contact information for victim advocates.

“AT EVERY SITE, ON EVERY TRIP YOU CITE, I PERFORMED MISSION ESSENTIAL BUSINESS NOT 'VACATION TIME,'” she wrote in all uppercase.

Investigators were not swayed, saying those duties are more appropriate for local sexual assault and prevention officers than the national director. And although she may have conducted oversight, that's not the reason for the trips she gave in her vouchers. Her stated justification was that she needed to attend “in-person training on SAPR” or “face-to-face meetings.”

For some trips, witnesses said there was no need for her to travel and the intent of her visits wasn't clear. During a trip to New York, a public affairs officer gave her a tour of Central Park and the Sept. 11 Memorial during a work day. The trip was otherwise supposed to be about meeting with National Football League representatives for education and training.

The investigation also found that Loftus didn't treat her staff with respect. In one case, Loftus repeatedly belittled an officer about her makeup, hair and appearance. The investigation found Loftus also repeatedly referred to her staff as incompetent and fostered a poor work environment.

Loftus countered by saying she had called her staff “incapable” instead of “incompetent.”

Investigators found the testimony from her staff members more credible.

Her position was filled in January by Melissa Cohen, the former director of the Personnel Studies and Oversight office for the Marine Corps.