A report indicated that former Senator Jim Webb, a decorated Vietnam veteran who briefly was Navy secretary during the Reagan Administration, might become President Trump's next secretary of defense. 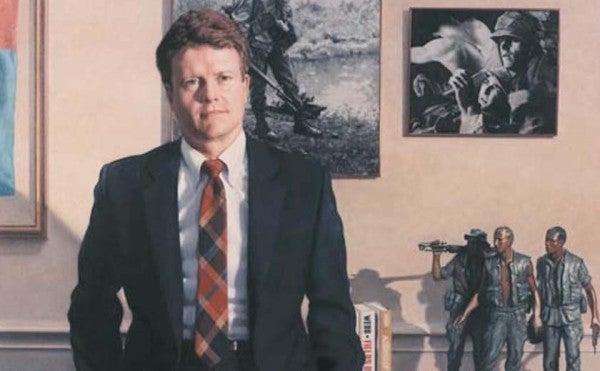 The other day there was a report that former Senator Jim Webb, a decorated Vietnam veteran who briefly was Navy secretary during the Reagan Administration, might become President Trump's next secretary of defense.

Trump denied the report over the weekend, but reality with him changes every day, so that's not dispositive. But he may be right this time — I don't think it is going to happen.

Here's why. Yes, Webb's world view and values overlap neatly with Trump's base. He is at heart an Appalachian nationalist resistant to recent cultural changes.

But I've known Webb for decades, and there are two major differences that I think would outweigh that. First, he despises Ivy League elites who used their wealth and privilege to get out of serving in Vietnam, such as, for example, President Bone Spurs. He once told me has more respect for people who went to jail for their antiwar beliefs. (If you haven't read Webb's novel Fields of Fire, you should. You can see it tucked behind his hand in his official Navy secretary portrait, above. And yes, on the left side, over his shoulder, that's a portion of a North Vietnamese battle flag.)

A more contemporary difference is that Webb prides himself on telling the truth, while Trump seems to pride himself on changing his story as often as possible.

My two predictions are that Webb won't take the job, but that if he does, he won't last 12 months. I just have this image of him in the Oval Office, holding Trump in a headlock and giving him noogies.