Per his final demands, Joe Heller was laid in his casket Thursday in a T-shirt featuring the Disney dwarf Grumpy and the middle finger of his right hand extended 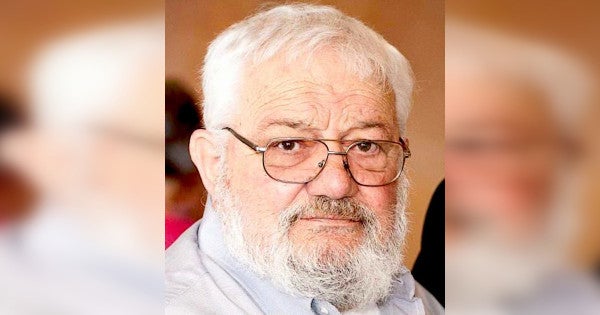 Per his final demands, Joe Heller was laid in his casket Thursday in a T-shirt featuring the Disney dwarf Grumpy and the middle finger of his right hand extended. He also told his daughters to make sure and place a remote control fart machine in the coffin with him.

The Essex volunteer firefighter and self-described local “dawg kecher” died on Sept. 8 at age 82, and the off-color obituary written by his youngest daughter has become a nationwide sensation — a lead item on cable news sites, a top story on The Courant's website and a post shared far and wide on social media.

Laced with bawdy humor, the irreverent but loving obit captured Heller's highly inappropriate nature and his golden heart, friends who filled the fire station for a celebration of his life on Thursday evening said.

With a 1941 Mack firetruck as a backdrop, a long line of visitors walked by Heller's open casket, sharing hugs, stories and laughs with Monique Heller and other family members. The already infamous obit included stories of Heller's love for dogs and how, as the local animal control officer, he befriended a “repeat offender” that he named “A**hole.”

Monique Heller also included stories of growing up with her unusual dad, how he scrutinized boyfriends of Heller's three daughters and their vehicles, and if they passed muster, “they were invited into the house, where shotguns, harpoons and sheep 'nutters' were left clearly on display.”

“I was writing it for his local cronies,” Monique Heller said. “Who would guess it would be trending on Twitter — and he doesn't even know what Twitter is. I have people from Australia calling me. It's insane.”

Then she added, “It's so touching, and it's just what I needed.”

Used to mostly dry chronologies of a person's birth, schooling, careers, military service and survivors, obituary readers said they were charmed by the blunt and irreverent account of a life well lived.

“Not all great Americans are famous,” Matt Hunter (@MattMHunter) tweeted.

Hanging Hills Brewery in Hartford (@HHillsBeer) tweeted, “Thinking about naming a beer Joe Heller because he was a CT treasure.” Monique Heller said she spoke with a brewery representative, and the name of the new beer may be “Grumpy Joe.”

“I didn't know Joe Heller,” Chris Healy, chief lobbyist for the Catholic Church in Connecticut and former leader of the state Republican Party, wrote on Facebook, “but this is one of greatest tributes I've ever read. I hope someone writes an obit like this when I head out.”

“May he rest in peace and everyone in heaven better watch out,” Meryl Herwood Freundlich posted on Facebook. “I don't think his new location will prevent even greater practical jokes. Amen.”

At Thursday's memorial, people paying their respects talked about Heller's generosity and heart. A partner in a local home heating oil business, he also was the delivery man and, after filling their tanks, he never refused an elderly resident's request to hang drapes or make a minor repair. At fire and medical calls, Heller was the first one to comfort children or care for displaced animals, fellow firefighters said. If furniture was disrupted while medics moved an injured or sick person from a house, Heller would return and set things straight. Fellow firefighters said he always took time to teach them and was a mentor to many.

Tom MacWhinney, 60, who met Heller when he was a teenager and junior firefighter, said Heller would visit MacWhinney's dogs in a backyard kennel just to pet them and give them one or two of the biscuits he always carried in his pockets.

Heller was the fire department's engineer and could fix anything, fellow firefighters said. His jacket, on display Thursday, bore the name, “Hurstmeister,” a recognition of his expertise with Hurst hydraulic tools, also called the “jaws of life.”

But it was Heller's bawdy character and his penchant for pranks that left the most vivid memories. His business partner in the home heating oil business, Shirley Bombaci, said, “I had to put up with him more than his wife.”

Heller was a talented wood carver. Some of his duck decoys and a walking stick were on display Thursday. But Bombaci remembered one present he gave her in particular — a handmade sex toy . For her birthday? No, Christmas, she said.

A neighbor who did not want to give her name said Heller once placed a rental ad for her husband's tool shed in a local newspaper, touting it as a charming country cottage with a nice yard.

In the obituary, Monique Heller encouraged people to wear inappropriate T-shirts to the wake Thursday. MacWhinney's said, “Centerbrook Pornographic Studios,” a nonexistent business that Joe Heller invented just to get a reaction, named for a section of his beloved town, where he knew every road and driveway entrance.

“The most inappropriate guy with the biggest heart in the world,” Essex firefighter Ron Senn said.