Editor’s Note: This article by Gina Harkins originally appeared on Military.com, the premier source of information for the military and veteran community. A retired... 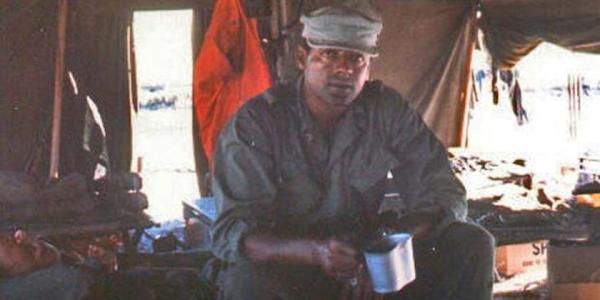 A retired sergeant major credited with saving scores of Marines during one of the Vietnam War's deadliest battles will receive the Medal of Honor, Military.com has confirmed.

“He told me that it was OK to let my Marines know that I would be receiving the Medal of Honor,” Canley told Military.com. “He thanked me for my service and also wanted to thank my Marines for their service.”

The fight to see Canley's Navy Cross upgraded to the Medal of Honor has beena years-long effort. The former company gunnery sergeant with 1st Battalion, 1st Marines, is recognized with leading more than 140 men through an intense week-long battle to retake Hue City from Jan. 31 to Feb. 6, 1968.

Canley, who's from El Dorado, Arkansas, repeatedly braved heavy enemy fire to bring several wounded Marines to safety. When his company commander was seriously injured, Canley sprang into action, reorganizing his Marines by moving from one group to another to advise and encourage them, hisNavy Cross citation states.

Former Pfc. John Ligato was one of those men. Ligato has spent the last 15 years making calls, taking Marines' statements and writing letters to see his gunny get the recognition he deserved.

“The Medal of Honor was rejected 10 times — never on the merits of what he did, it was always procedural,” Ligato said. “There were times I gave up. … But the irony is he's one of the most deserved Medal of Honor recipients ever in the history of our country.”

Canley said his Marines were his only concern during the brutal battle. The average age of those fighting in the Vietnam War was just 19, he said, and they were looking for leadership.

“I'm just happy that I could provide that,” he said. “It was an honor.”

Ligato said Canley's actions far exceeded expectations. There were 147 Marines facing off against about 10,000 North Vietnamese troops. Canley not only led them from the front, but also with love, he said.

“I know this sounds strange, but he wasn't one of these gruff, screaming guys. You did stuff for him because you didn't want to disappoint him,” he said. “You followed him because he was a true leader — something you need in life-and-death situations.

“He was totally fearless,” Ligato added. “He loved his Marines, and we loved him back.”

A date has not yet been set for the White House ceremony, but Ligato said Canley has asked him to speak about his company's Marines. Many of them went back to their communities one-by-one, he said, speaking little about the horrors they saw in Vietnam.

When they did talk about it, though, there was always one common thread.

“We all had a Gunny Canley story,” Ligato said. “They were all different, but they all involved tremendous acts of valor.”

That's why Ligato and some of his comrades have fought doggedly to have this honor bestowed, something Canley said has humbled him. From talking to members of Congress to Pentagon officials, they were determined to see this day come.

Canley's Medal of Honor citation will be read by Marines for generations. The retired sergeant major, who's battled prostate cancer since leaving Vietnam, said he hopes that those who go on to become staff noncommissioned officers or officers take away one simple message.

“That leadership is all about taking care of your people,” he said. “If you do that, then you basically don't have to worry about the mission.”

This Medal of Honor will help fill in the blanks of one of the most important Marine Corps battles in history, Ligato said. The actions Canley showed on the battlefield 50 years ago epitomize what it means to be a Marine, he added.

“Marines have been doing this since 1775,” Ligato said. “Every once in a while, you have a Chesty Puller, a John Basilone or a John Canley. I think Marines reading his citation can take away that the Marine Corps is timeless.”