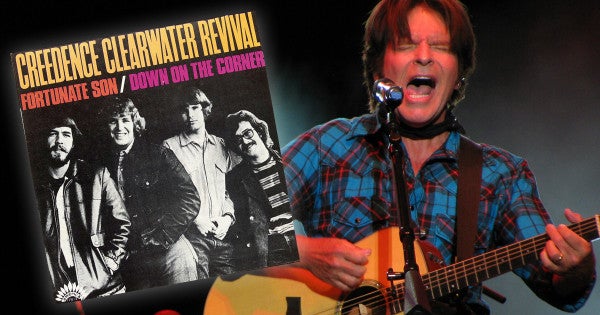 The “Creedence Clearwater Revival” frontman said in a video he posted to social media on Friday that he found it “confounding” that President Trump used his anti-Vietnam War anthem “Fortunate Son” during a rally.

The 72-year-old songwriter, a veteran, said he wrote the searing song in 1969 to target the hypocrisy of flag-waving Americans who cower when the time comes to serve.

“Back in those days we still had a draft,” Fogerty said. “And something I was very upset about was the fact that people of privilege, in other words, rich people or people that had position, could use that to avoid the draft.”

Speaking softly, Fogerty then twisted the knife, noting that a Bible-thumping Trump — who avoided the draft repeatedly — used the military this spring to clear out protesters at Lafayette Square in Washington, D.C.

“It’s a song I could have written now,” Fogerty said. “So I find it confusing, I would say, that the President has chosen to use my song for his political rallies when in fact, it seems like he is probably the Fortunate Son.”

Although Trump received a thumps-up for playing Laura Branigan’s “Gloria” from the late singer’s drummer, the commander-in-chief may want to revisit the lyrics to “Fortunate Son.”

“I ain’t no millionaire’s son,” the song’s chorus declares.

Trump’s father was a millionaire.