The US has made the decision to temporarily stop sending explosive-detection dogs to Jordan and Egypt after discovering that a lot of the animals had died as a result of poor treatment, a report from the Department of State's Office of the Inspector General revealed. 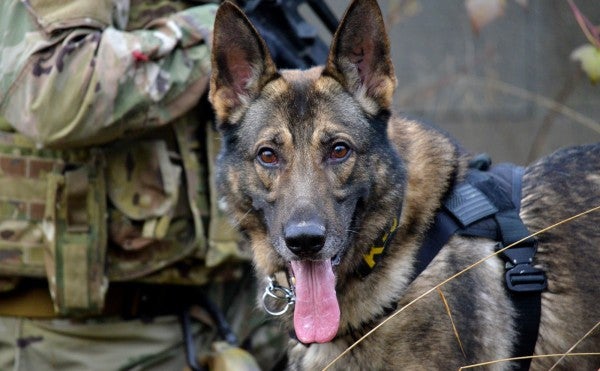 The US has made the decision to temporarily stop sending explosive-detection dogs to Jordan and Egypt after discovering that a lot of the animals had died as a result of poor treatment, a report from the Department of State's Office of the Inspector General revealed.

The department watchdog, which had previously pushed the Department of State to stop sending dogs to these countries after an earlier investigation uncovered a number of animal deaths and other serious problems, wrote that it had “received notice of additional canine deaths that warrant immediate department action.”

The report released Friday said that two dogs sent to Jordan died in June and September of this year of “non-natural causes.” Specifically, one died from hyperthermia (heatstroke), and the other died after being poisoned by insecticide that was sprayed in or near the kennel.

Another dog was found in October to be suffering from leishmaniasis, a preventable disease transmitted by sand flies.

The Office of the Inspector General also found that three of the ten dogs provided to Egypt, which has been uncooperative with department officials, died from lung cancer, a ruptured gall bladder, and hyperthermia.

The latest report follows an IG evaluation released in September that examined the state of the program in Jordan, a US ally in the counter-terrorism fight.

That report, which characterized the conditions the animals were living in as “disturbing,” found that “at least 10 canines had died from various medical problems from 2008 through 2016 while others were living in unhealthy conditions.”

At that time, the Office of the Inspector General recommended that the Department of State put a hold on the Explosive Detection Canine Program (EDCP) for Jordan until the country could demonstrate that it was able to provide proper care, but the department refused, citing national security concerns.

The Department of State assured inspectors that it was taking steps to improve the situation and provide better care for the dogs. “The death of two canines from non-natural causes — namely, hyperthermia and poisoning — since June 2019 raises serious questions about the Department's contention that it has taken adequate steps to protect their health and safety,” the latest Office of the Inspector General report said.

The IG report also noted that the previously-unreported deaths in Egypt, which barred State Department officials from visiting the areas where the dogs were living and working, were also cause for concern.

While the Department of State initially refused to stop sending dogs, the latest findings by the department watchdog appear to have led the department to change its mind.

In August, the Department of State repossessed ten dogs from Morocco because they were not being used for their intended purpose, the IG report revealed.