Remember that guy who went on a racist tirade in Florida? Well, he’s a Navy SEAL poser, too

“He’s a narcissist,” his daughter said. “He just has to be the center of attention.” 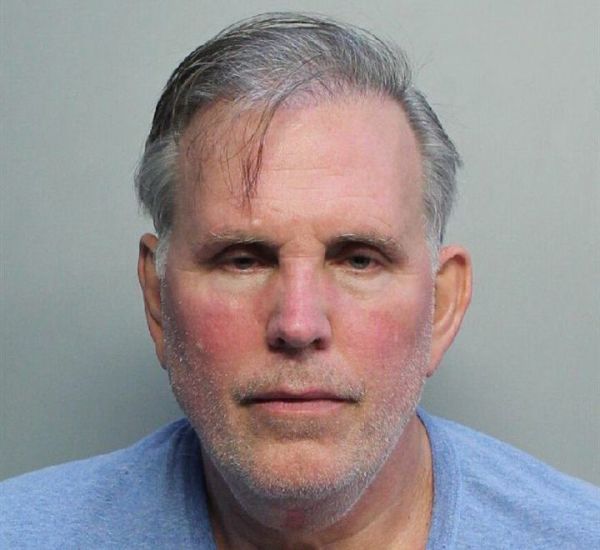 During a racist tirade caught on video, Joseph Fucheck waved a pistol around while yelling at a Black homeowner in North Miami-Dade. “Damn right, I carry a gun because I’m a 35-year former Navy SEAL!” he yelled. “Go look at my Purple Heart!”

Detectives found that supposed Purple Heart when they raided Fucheck’s Miami apartment, along with Navy certificates, dress uniforms and even portrait photos of Fucheck decked out like an admiral in front of an American flag.

None of it was real.

Fucheck, 58, has been masquerading as a Navy SEAL for years, adding another twist in the strange story that made headlines across the country. The Navy SEAL Museum in Fort Pierce, which maintains paperwork for all SEALs since World War II, has no record of him. A real retired Navy SEAL, who tried confronting Fucheck a few years ago, called the man’s bogus dress uniform a “total and complete mess.”

Even Fucheck’s own daughter says he never served in the military. She said Fucheck adopted the persona nearly a decade ago, making a sort of shrine to himself and his phony military service in his home — complete with folded-up American flag. He also liked to get free drinks at restaurants while wearing his uniform.

“He’s a narcissist,” she told the Miami Herald. “He just has to be the center of attention.”

In his quest for valor, Fucheck may have broken at least one minor state law. Fucheck drove a Jeep with a license plate specially designated for Purple Heart recipients. To obtain the tag, he had to submit legitimate military records to the Florida Department of Highway Safety and Motor Vehicles.

Fucheck remains jailed while charged with aggravated assault with prejudice, the so-called “hate-crime” enhancement that makes the crime punishable by up to 15 years in prison. Fucheck returns to court on Tuesday, as Miami-Dade prosecutors seek to keep him behind bars before trial.

“Based on the defendant’s conduct, [he] is a danger to the Black community and to the Miami-Dade community at large,” Assistant State Attorney Khalil Quinan wrote to the court.

Fucheck’s defense attorney did not respond to a request for comment on Monday.

Fucheck, who is white, is accused of pulling a gun on North Miami-Dade homeowner Dwayne Wynn on June 14.

According to the arrest warrant, Wynn was chatting at his neighbor’s house when he saw Fucheck pull up, put a small advertising card in his mailbox and drive away. Wynn walked over and took the card out — Fucheck returned seconds later and began a “profanity laced rant,” accusing Wynn of not living at the house and stealing his advertisement.

The warrant said that Fucheck lunged at Wynn, demanding the return of the card and pointing his pistol. After the man lowered the weapon, Wynn began recording the tirade with his phone. The video shows that Fucheck called Wynn a “fag**t” and the n-word before driving off.

He also falsely claimed to have formerly been the head of the SWAT team in Hillsborough County, the video shows.

“Joseph Fucheck has never been employed by the Hillsborough County Sheriff’s Office,” a department spokeswoman said on Monday.

When detectives arrested Fucheck last week, they found five BB rifles — one with a scope — and a BB handgun in his car, according to the State Attorney’s Office. Photos reviewed by the Miami Herald show the weapons looked alarmingly real.

According to his family, Fucheck hails from Rochester, New York, and had lived in Miami for a couple of decades. He mainly worked renovating and selling houses, although he liked to brag about being a “developer.”

A father of two, he was twice accused of stalking his ex-wife and her new husband. According to one domestic-violence petition, Fucheck’s showed “psychotic behavior and repeated aggression” over nearly a decade.

The new husband reported that Fucheck, at one point, showed up at his gym dressed in military garb, claiming to have been a Navy Seal and “bragging about how many people he killed in the war he fought,” according to a 2013 petition. He was also accused, while addicted to drugs, of repeatedly showing up at his ex-wife’s home, threatening to kill her new husband.

His estranged daughter — who asked not to be named — said her father has long showed belligerent and prejudiced behavior. Active in social causes, the woman said she was sickened to see Wynn threatened on video.

“I’m just thankful Dwayne was not injured,” she said.

A few years ago, an acquaintance forwarded photos of Fucheck in uniform to retired Navy Seal Don Shipley, of Virginia, who works to expose impersonators. Shipley noticed that the uniform featured a mishmash of bars and insignia pins that might fool the lay person, but were not authentic.

“It was all a mismatch, like he just bought it all online,” Shipley said. “He had that uniform custom made. He paid a lot of money for that dog-gone thing.”

Shipley, on a trip to Florida a few years ago, tried finding Fucheck to confront him over the impersonations. He never found him.

Because of movies and TV shows, books and video games, Navy SEALS are among the most admired of military units. It’s not uncommon for people to lie about serving in the elite unit that stormed the beaches of Normandy, captured Panamanian dictator Manuel Noriega and killed Osama bin Laden.

Rick Kaiser, the director of the SEAL museum, said the organizations gets a couple of inquiries a week from people who have been lied to about SEAL service. Often, it’s relatives wanting to see if their dad, uncle or brother actually served in the unit.

Kaiser has seen photos of Fucheck’s phony military documents, which claim he was wounded during the invasion of Panama in 1989, earning him a Purple Heart and a Silver Star.

“The guy claimed to be a vice admiral, which is kind of funny because there’s only been three in the history of the Navy SEALS,” Kaiser said. “And I know all of them.”