The first American to die while fighting ISIS “fearlessly exposed himself” to heavy small arms fire during a raid on a... 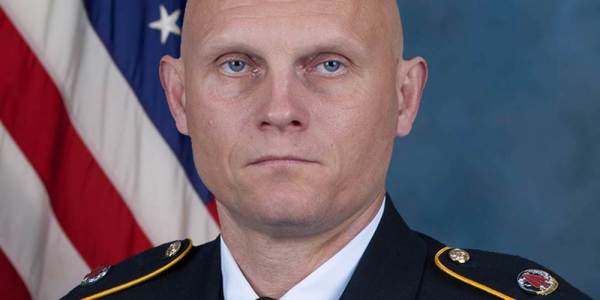 The first American to die while fighting ISIS “fearlessly exposed himself” to heavy small arms fire during a raid on a militant prison complex in October 2015, according to the citation for his Silver Star award.

The award for Master Sgt. Joshua Wheeler, a team leader with the Army's elite Delta Force, was released in response to a Freedom of Information Act request from Business Insider.

The Army released few details of the circumstances of Wheeler's death in 2015, and the Pentagon's website listing valor awards was quietly updated to reflect a Silver Star award, which he received posthumously the following month.

Wheeler, 39, was part of a raid at a prison in Hawijah, Iraq on Oct. 22, 2015 that was carried out by US-backed Kurdish forces. The mission saved roughly 70 prisoners the U.S. feared would be executed the next day, according to The Washington Post.

Though the citation gives a broad overview of Wheeler's heroism, it does not delve into specifics. Still, it said, “Wheeler fearlessly exposed himself to heavy small arms fire from barricaded enemy positions. His selfless actions were critical in achieving the initiative during the most dangerous portion of the raid.”

It also said that Wheeler's actions saved the lives of the partner force, better known as the Kurdish Peshmerga. He was killed at some point during the raid by small arms fire. Three Kurdish soldiers were wounded.

“This is someone who saw the team that he was advising and assisting coming under attack,” then-Defense Secretary Ash Carter told reporters the day after his death. “And he rushed to … to help them and made it possible for them to be effective. And in doing that, lost his own life. That’s why I’m proud of him.”

Wheeler was the first U.S. service member killed in action against the self-proclaimed Islamic State, challenging the narrative put forth by the Obama administration that American troops would not be put on the ground in Iraq or Syria.

The 20-year Army veteran had deployed a whopping 14 times over his career, first as a Ranger, then later as Special Forces soldier assigned to U.S. Special Operations Command. In addition to receiving the Silver Star and Purple Heart after his death, Wheeler was the recipient of 11 Bronze Star medals — four for valor in combat — the Defense Meritorious Service Medal, the Joint Service Commendation Medal (also for valor), and many others.

So far, there have been 10 U.S. deaths attributed to hostile fire in the campaign against ISIS, known as Operation Inherent Resolve. Another 48 troops have been wounded in action.

You can view Wheeler's award citation below: