He wanted to make sure his JROTC uniform looked perfect. He caused $690,000 in damage instead

Virginia Beach high school senior Cade Anderson decided to hang his jacket on a sprinkler head in his hotel room and properly affix all of his ribbons and medals. Then the sprinklers went off 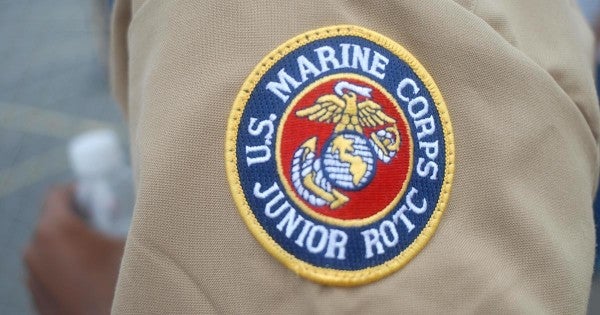 It was getting late, but the Landstown High School student wanted to make sure his uniform looked perfect.

The next morning, senior Cade Anderson would participate in a JROTC drill competition in Prince William county. As his roommate slept, he decided to hang his jacket on a sprinkler head in his hotel room and properly affix all of his ribbons and medals, an attorney said.

When he went to take it back down, the sprinkler activated — resulting in more than $690,000 in damage.

“It's a parent's worst nightmare,” attorney Rick Matthews said in an interview.

The hotel's insurance company is suing Anderson and the Virginia Beach school system, claiming negligence on both of their parts. The lawsuit, which seeks $692,526.55 in damages, plus interest and court costs — also claims the school system breached its contract.

Matthews, who represents the school system, argues his client shouldn't have to pay. He is arguing sovereign immunity.

That would still leave Anderson on the hook.

The company behind his father's homeowner's insurance policy is currently paying for his defense, but it wants out of the case. Universal North American Insurance Co. asked a federal judge last week to rule it doesn't have to defend or indemnify Anderson for what happened.

A message left for Anderson at his father's Virginia Beach home was not returned.

Anderson, who is now attending Old Dominion University, and other members of his school's JROTC program had spent the day touring Marine Corps Base Quantico, Mathews said. A drill competition was scheduled for the next morning at Potomac High School in Dumfries.

While staying in his fourth-floor hotel room, Anderson decided to hang his uniform jacket on a sprinkler head that was located on one of the room's walls.

Matthews said there were no signs to notify guests not to hang clothing from the sprinkler head and that Anderson didn't know it was dangerous.

“He felt terrible,” the attorney said.

Assistant Fire Chief Matt Smolsky of the Prince William County Fire and Rescue Department said a total of 10 rooms were damaged by the flooding, as well as the hotel's kitchen and dining area. The rest of the building remained open, though.

A news release posted last month on the department's website referenced the hazards posed by hangers and sprinkler heads.

“Although sprinkler heads operate independently and activate when exposed to fire, damage from the discharge of one sprinkler head can be significant,” the release said, explaining one can release 15 to 40 gallons of water per minute. “The water discharged from a sprinkler activation can cause damage throughout a building.”

Smolsky said he did not know how long it took for officials to shut off the hotel's sprinklers, but said firefighters were on the scene within six minutes. Matthews said it took about 45 minutes to turn off the water.