A Texas judge has ruled that a negligence lawsuit against the U.S. Air Force and the Department of Defense filed by victims of the Sutherland Springs church massacre in 2017 can go forward 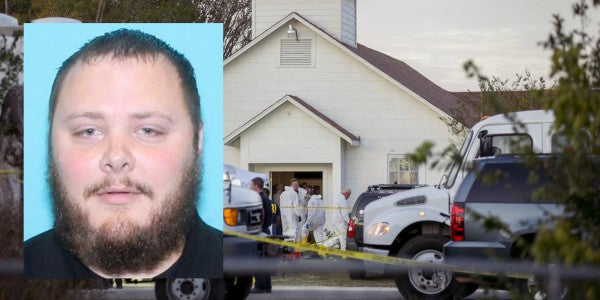 A Texas judge has ruled that a negligence lawsuit against the U.S. Air Force and the Department of Defense filed by victims of the Sutherland Springs church massacre in 2017 can go forward.

The suit meets the criteria to fall under the Federal Tort Claims Act, which allows people to seek damages in certain cases if they can prove the U.S. Government was negligent, The Dallas Morning News reported.

Under most circumstances the doctrine of sovereign immunity protects the government from lawsuits, but in this case U.S. District Judge Xavier Rodriguez held that failure of the U.S. Air Force and the Department of Defense to log shooter Devin Kelley's history of mental health problems and violent behavior in an FBI database made them potentially liable.

It's information that plaintiffs allege would have shown up in a background check and prevented Kelley, 26, from acquiring the weapon he used to mow down 26 people at First Baptist Church in rural Sutherland Springs on Nov. 5, 2017. The dead included a pregnant woman and her unborn baby as well as several children, one of them just 18 months old.

The military vet took his own life after committing the deadliest shooting in Texas history.

Before carrying out his rampage, the Air Force vet had already been convicted of beating his first wife and assaulting his stepson, which earned him a discharge for bad conduct in 2014, The Dallas Morning News said. Two years before that he had been confined to, and escaped, a mental health facility for threatening to kill his commanding officers.

In February another negligence lawsuit was allowed to go forward, this one against the store that had sold Kelley his weapon, on the grounds that his Colorado Springs address should have disqualified him from buying it. It's illegal in Colorado to sell assault rifles with magazine capacities greater than 15 rounds, and Kelly bought a 30-round Ruger rifle, and the lawsuit against Academy Sports + Outdoors alleges that the retailer should have complied with Colorado's laws.

First Baptist has been slowly recovering since the shooting 18 months ago. Last Friday the church unveiled a new sanctuary that includes a memorial room that honors the victims.