Conflicting theories about the sinking include an electrical failure and flooding in the engine room. The documents could lend more clarity, the lawsuit says. 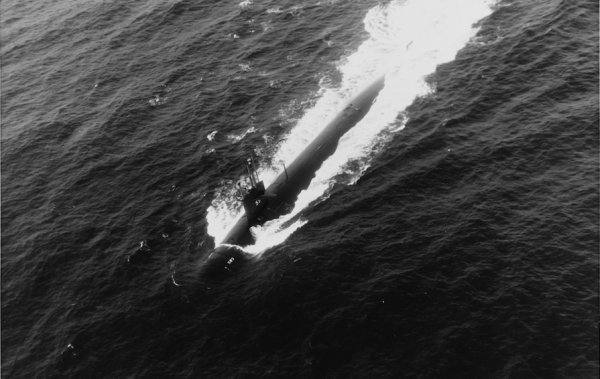 WASHINGTON, D.C. — A federal judge has ordered the U.S. Navy to begin releasing unclassified documents in relation to the USS Thresher, the nuclear submarine that imploded 57 years ago, taking the lives of 129, and forever changing submarine safety.

It was the country's worst nuclear submarine disaster in history when Thresher (SSN-593) did not surface while conducting deep dive exercises 220 miles off Cape Cod on April 10, 1963. The vessel imploded, and its shattered hull remains more than 8,000 feet underwater today.

Thresher was built and commissioned at Portsmouth Naval Shipyard in 1961. Approximately two dozen families of the men lost aboard the submarine still live in New Hampshire, and a number of other families reside in Maine.

The 129 deaths sent shock waves through the Seacoast community, and left families without husbands, fathers, sons and brothers. It also catalyzed modern day submarine safety, which today takes the form of the SUBSAFE program. Since the program's inception, just one submarine has been lost, the USS Scorpion in 1968.

Last July, retired Navy Capt. James Bryant, a former Thresher-class submarine commander who served 23 years on active duty, sued the Navy for release of the investigative documents. On Feb. 10, U.S. District Court Judge Trevor McFadden ordered the Navy to begin reviewing 300 pages of documents per month starting in April, with rolling productions of the documents to begin before May 15, every 60 days.

There are approximately 3,600 identified pages of records.

Bryant, who currently investigates and lectures about the loss of Thresher in his retirement, wrote in his initial complaint that he sought the non-exempt portions of certain U.S. government records relating to the loss of the nuclear submarine. He filed the federal lawsuit after the Navy denied expedited proceedings for his April 2019 Freedom of Information Act request, and then “improperly withheld agency records,” he alleged.

“This FOIA lawsuit seeks disclosure of the requested records in order to better inform the public about the activities of the Navy and U.S. government with respect to the loss of the Thresher and the officers, sailors and civilians onboard,” the suit states, originally requesting disclosure of the documents ahead of the memorial dedication for the Thresher at Arlington National Cemetery last September.

Bryant's complaint outlines the conflicting theories about the Thresher's sinking that have emerged over the years, including an electrical failure and flooding in the engine room. The documents could lend more clarity, he said in the lawsuit.

In August, the Navy answered Bryant's complaint stating it had not improperly withheld any records under his FOIA request, and that it was working on an ongoing classification review.

In a previously filed joint status report, the Navy said its team would require approximately 240 hours to review for line-by-line declassification purposes, with an additional 120 hours of FOIA exemption review and redaction, over the course of 12 months.

But at the Feb. 10 hearing, McFadden was not convinced by the Navy's review plans, and ordered the first set of documents be released by May 15.