An El Paso County jury on Monday acquitted a Green Beret of negligent homicide for fatally shooting an intruder in... 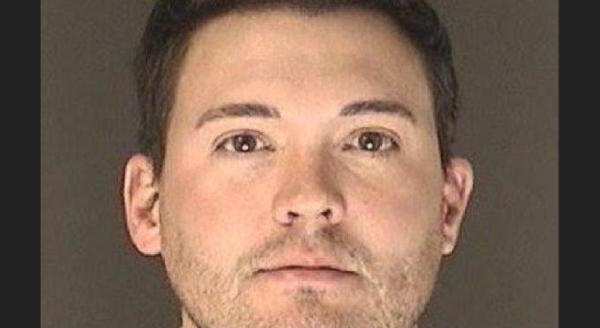 An El Paso County jury on Monday acquitted a Green Beret of negligent homicide for fatally shooting an intruder in his garage.

Michael J. Galvin, 35, was found not guilty of the sole count against him in the Nov. 3, 2015 death of Robert Carrigan, who authorities say was shot three times in the back, allegedly as he tried to escape through the garage door.

After a two-week trial, a seven woman, five-man jury rejected the charge after roughly a half day of deliberations.

“The jury worked very hard in this case, and we're grateful that the jury got it right,” said one of Galvin's attorneys, Julia Stancil.

During trial, Galvin's attorneys highlighted Galvin's military training in arguing that he knew how to identify a deadly threat. They argued that evidence showed Carrigan “lunged” for Galvin's pistol in the dark, forcing the homeowner to defend himself. They also accused the prosecution of mischaracterizing autopsy findings to support their theory that Carrigan was shot in the back.

The encounter happened in a garage set back 25 feet from Galvin's house after he saw his bicycle lying in the backyard and went back to investigate.

The negligent homicide count alleged that he was guilty of a “gross deviation” from what a reasonable person would do in his place. Prosecutors said he should have waited in his house and called police, or else used his pistol to hold the intruder at bay.

A former member of the 10th Special Forces Group at Fort Carson who now serves in the Colorado Army National Guard, Galvin could have faced up to three years in prison if convicted.

Several jurors declined to comment on their way out of court. At least four women on the jury stopped in a courtroom hallway to embrace Galvin's wife, Ariel, including a juror who showed up for closing arguments on Friday wearing a shirt that read “ARMY.” As Galvin's relatives and supporters quietly celebrated in the courtroom, members of Carrigan's family exchanged embraces with the prosecution team. Carrigan, who lived in the neighborhood where he died, was described at trial as a troubled man who had turned his life around in recent years only to relapse into drug addiction, causing him to lose his house and live on the streets.

“We believed in our case, we still believe in our case, and we respectfully disagree with the jury's decision,” said prosecutor Sam Burney.

Prosecutors previously acknowledged that the case could hinge on interpretations of Colorado's so-called “make my day” law, which provides legal protections to homeowners who use deadly force against intruders.

But those protections are limited to dwellings, defined by state law as buildings “used, intended to be used, or usually used by a person for habitation” – raising the issue of whether a detached garage qualifies.

Under make my day, Colorado residents are permitted to use force against intruders, including deadly force, if they reasonably believe intruders intend to use “any degree” of force against them.

The state's self-defense statutes provide a somewhat higher threshold. To lawfully use deadly force, a person must have reasonable ground to believe that he or someone else is at risk of being killed or seriously injured, and that a lesser degree of force is inadequate.