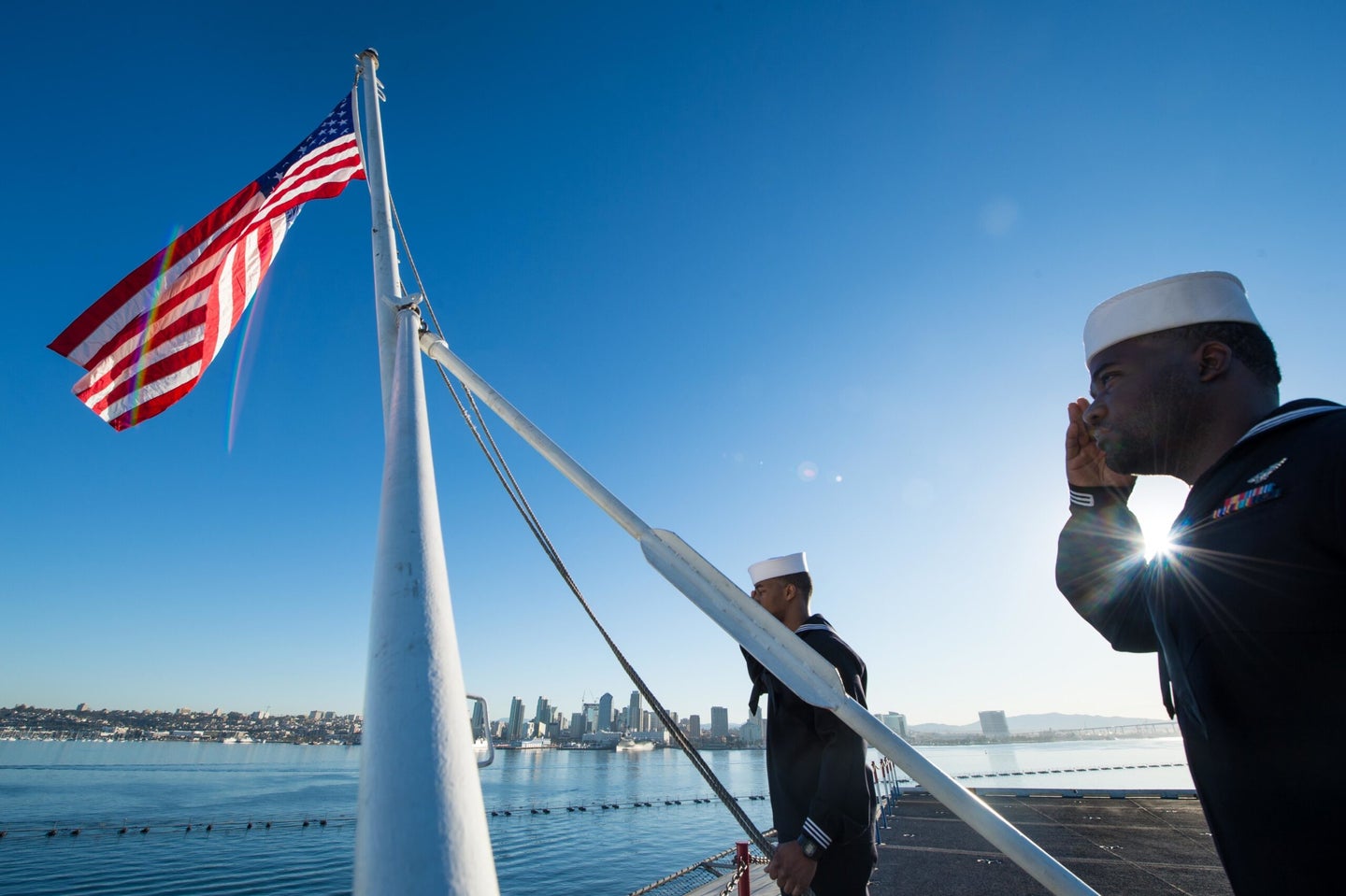 The sailor who died Thursday after experiencing a medical emergency aboard the deployed carrier Theodore Roosevelt in the Pacific was a Navy chief assigned to one of the carrier's embarked strike fighter squadrons, officials announced Friday night.

Aviation Electronics Technician Chief Petty Officer Justin Calderone, assigned to Strike Fighter Squadron 146 out of Naval Air Station Lemoore, Calif., died around 5 a.m. local time July 2 after being evacuated from the ship by an MH-60S Seahawk helicopter and taken to a military medical facility onshore. The carrier has been operating in the Eastern Pacific and was in the vicinity of Pearl Harbor at the time.

Calderone was from Ohio and enlisted in the Navy in 2003, officials with U.S. 3rd Fleet said in a release. He had earned the Navy and Marine Corps Achievement Medal, with four subsequent awards.

It's not clear what the nature of Calderone's medical emergency was. Though the ship had nearly 1,300 embarked sailors test positive for COVID-19 in the Navy's largest outbreak earlier this year, officials said Calderone had been tested multiple times and was consistently negative for the disease.

“It is a tragedy to lose a shipmate,” Cmdr. Kevin McNatt, commanding officer of VFA-146, said in a statement. “Our thoughts and prayers are with the family and shipmates of Chief Calderone during this difficult time.”

The carrier deployed in late January from its San Diego homeport and got underway again June 4 after a multi-month stopover in Guam to address the COVID-19 outbreak onboard.