"We made a promise to our service members to never forget them, never leave them behind and to bring them home." 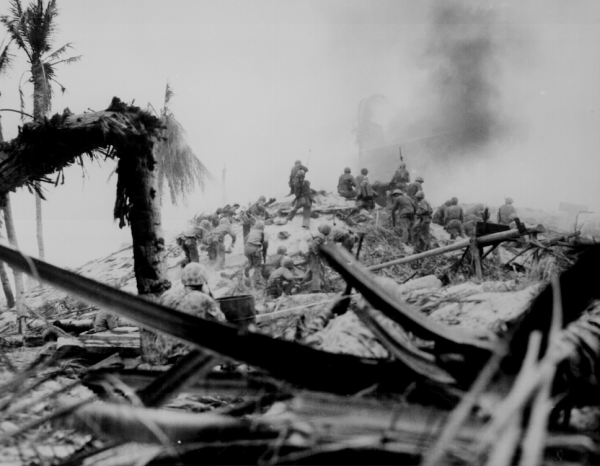 An effort to identify fallen service members led to 532 remains being dug up on the islands a few years after the battle, according to the agency. But Warren's burial site, called Cemetery 27, wasn't discovered until 2015 by the nonprofit History Flight.

“It really is an incredible effort by a lot of people,” said Warren Cooper, the nephew of the Marine. “And I think it is greatly appreciated by all the families.”

The 68-year-old from San Diego said he and his sister were contacted about possibly being related to Warren. Cooper knew little about his uncle, other than he and his mother (Raymond Warren's sister) grew up on a farm in Silverdale, which is around 8 miles east of Arkansas City.

Cooper and his sister, Cynthia Emmerson of Arizona, submitted mouth swabs and found out about 18 months later that their uncle had been identified.

“This is the whole reason that we do (it),” Everette said. “We made a promise to our service members to never forget them, never leave them behind and to bring them home.”

Cooper didn't know anyone in his immediate family that's alive that knew Warren. Cooper said his family and sister's family and their father plan a “memorial reunion” during their uncle's burial.

Warren, who was posthumously awarded the Silver Star, is eligible to be buried at Arlington National Cemetery with full military honors and a flyover during the burial. Cooper said they applied for the burial to happen in May but haven't yet heard back.

“We figured that enormity of the sacrifice and the great honor it is to be buried at Arlington tipped that in the (direction) of him being buried there,” Cooper said.