The recent Marines United scandal underscored that the Marine Corps has a serious problem with gender bias, so pervasive that... 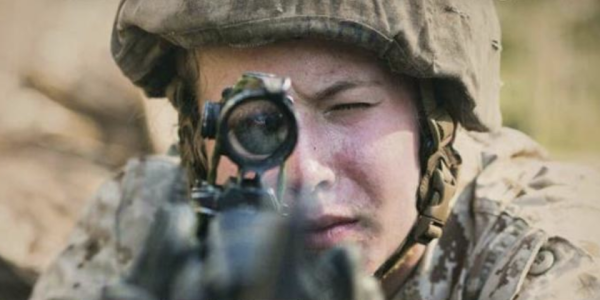 The recent Marines United scandal underscored that the Marine Corps has a serious problem with gender bias, so pervasive that it infects nearly every aspect of Marine life on and off duty. In her recent memoir Fight Like a Girl: The Truth Behind How Female Marines Are Trained, Lt. Col Kate Germano addresses this problem through the prism of her own experience, mostly of the crowded year she held command of Fourth Marine Recruit Battalion, Marine Corps Recruit Depot Parris Island.

It is an important message, but Germano is a problematic messenger, having been fired one year into her tour due to a toxic command climate. (Disclosure: Germano’s year in command coincided with my first year as Senior Defense Counsel at Parris Island, where my Marines and I would often deal with Germano’s efforts to discipline her Marines.)

Germano spends the better part of her book criticizing her leadership and her peers at the other battalions for failing to buy into her transformational ideas. This is a fair criticism, especially since some of her proposals were unquestionably successful: changing the rifle coaches and teaching methods increased her battalion’s qualification scores, for instance, and properly conducting physical training and forced marches reduced the incidence of injury. These efforts were low-risk and high-reward, and it is unfortunate and puzzling why they did not meet with greater approval.

But some of Germano’s proposals would have had significant costs to pay well up the chain of command. One idea was to fire all drill instructors under her charge who became pregnant, on the theory that they were of no use to her. “Getting pregnant was an easy way to be excused from training while still allowing a DI to earn special-duty assignment pay and get her ribbon.” Germano does not grasp the fundamental absurdity (and gender bias) of the argument that a Marine noncommissioned officer would get pregnant and incur a lifelong motherhood obligation simply for the purpose of getting excused from duty. Nor does she acknowledge that similar absurd policies actually had been tried before, such as when Marine Commandant General Carl Mundy tried to ban enlisted Marines from getting married without command approval. General Mundy was forced to apologize, and the episode gave the Marine Corps a huge public relations black eye. Implementing, or even considering Germano’s no-pregnancy policy, would have done the same thing, and it was certainly her leaders’ prerogative to steer clear of such problematic strategic implications. Other ideas, like integrating recruit training, leadership, and billeting at the company level, were also well above her pay grade.

Germano isn’t the first Marine leader whose ideas were rejected by a conservative, skeptical chain of command. When leadership is reluctant to implement transformational change, the best way forward is by pursuing incremental change, with the humble understanding that you might not be around to see the final transformation. As a battalion commander, Germano was one of the ten most powerful people on Parris Island, and her assignment gave her three years to rack up incremental wins that could be used as proofs of concept. Even if her chain of command wouldn’t back her up, she still had significant latitude to cultivate peers and develop her subordinates to help implement her ideas.

Germano doesn’t seem to have grasped this fundamental principle. Instead, it hardened her resolve to go it alone – doing things like changing a presentation to visiting Congressional delegations to advocate greater integration at recruit training, and enlisting her husband (a recently retired Marine public affairs officer) to sell her proposals to his contacts on Capitol Hill.

Even worse, she alienated herself from her subordinates and blamed them for her failures. In her first all-hands meeting, she compared allegations of recruit abuse in the battalion to war crimes: “To start the cultural evolution, I decided my first all-hands training event would be about abuse, tying in what we were seeing at Fourth Battalion with what had happened in Abu Ghraib several years before . . . . I told my Marines that the hazing at Abu Ghraib was the same as the hazing at Fourth Battalion.” (It wasn’t.) Even in hindsight, Germano struggles to recognize how polarizing this first impression must have been for her subordinate leaders. “Unfortunately, this might have made people feel like they were not trusted. . . . But, in my view, and knowing what I knew about the reputation of the battalion, trust wouldn’t come for free.” This inverts the normal understanding that a new commander must earn the trust of her subordinates, not the other way around. Consequently, Germano’s incremental wins were few and the friction she created within her command limited her ability to capitalize on incremental gains.

Related: Reflections On What The Marine Corps Really Thinks Of Women »

Instead of taking responsibility for this, however, she heaps torrents of contempt on her subordinates for undermining her successes. She blames the drill instructors “running roughshod over the officers.” She blames “the problem company commanders: One who never wanted to be at Fourth Battalion to begin with, and another wanted to go to her soccer practices and games at 4:30 every afternoon and spend her day planning her wedding.” She blames her executive officer for allowing the Marines to “complain about me to her after I counseled her for not doing her job.” She even blames her Sergeant Major for not doing more to defend her in the wake of her firing, deriding her as “Judith Iscariot.” This excuse-mongering is shameful and embarrassing, and also unbecoming a senior officer.

Germano’s cause is important. She is correct that the Marine Corps needs to evolve to become more supportive – and maybe more demanding – of the women in its ranks. But too often she conflates this cause with herself, using her medium to settle scores and engage in petty disputes. This is a problematic approach, all too common in politics and policy today, and it obscures her argument. One hopes her future efforts will be more salient and refined.

Maj. David Roberts, U.S. Marine Corps Reserve, served over 15 years active duty before joining the Foreign Service. His last active duty assignment was as the senior defense counsel at Parris Island, SC, where he served from 2014-2017.