Kathryn Wheelbarger, one of the Pentagon's most prominent and respected policy officials, is resigning after three years in the job at a time when critics have accused President Donald Trump of prioritizing perceived "loyalists" for top national security posts, sources told Reuters on Thursday 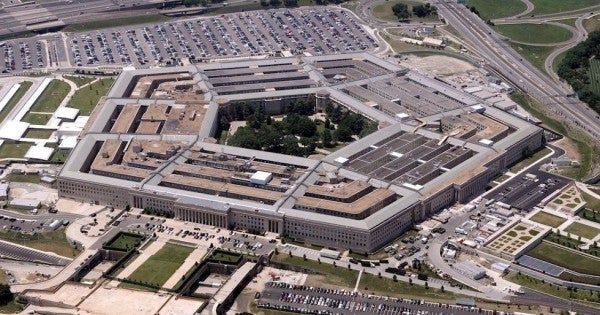 WASHINGTON (Reuters) – Kathryn Wheelbarger, one of the Pentagon's most prominent and respected policy officials, is resigning after three years in the job at a time when critics have accused President Donald Trump of prioritizing perceived “loyalists” for top national security posts, sources told Reuters on Thursday.

Wheelbarger, who is highly regarded by national security experts in Trump's Republican Party and among Democrats, did not explain the reasoning for her departure in a copy of her resignation letter obtained by Reuters.

Both current and former U.S. officials accused the White House of passing over Wheelbarger because of her past work with the late Republican Senator John McCain, a fierce Trump critic and former chairman of the Senate Armed Services Committee.

Wheelbarger handled the committee's intelligence portfolio and was well regarded by Congress.

“It looks like she failed the loyalty test somehow,” said one former U.S. official, speaking on condition of anonymity.

A congressional source said it was disappointing that the Trump administration didn't recognize “one of its greatest assets.”

“She was one of the few really thoughtful, compelling voices that people really seemed to respond to,” the congressional source said, speaking on condition of anonymity.

In her letter, Wheelbarger said she trusted her colleagues would “continue to be guided by the U.S. Constitution and the principles of our founding, which ensure both our security and our freedom.” The letter said her resignation would be effective from July 4.

Invoking the constitution has become a refrain increasingly used by Pentagon leaders as former top brass voice concerns about Trump's politicization of America's military, which is meant to be apolitical.

Her departure will come as Trump attempts to overcome stiff Senate opposition among Democrats to his nomination of retired Army General Anthony Tata, a strong defender of Trump on Fox News, to the Pentagon's most senior policy position.

Tata has misportrayed former President Barack Obama as a Muslim and falsely accused him of being a “terrorist leader” working to benefit Iran, according to now-deleted Twitter posts seen by Reuters.

Democrats, including Senator Jack Reed, the top Democrat on the chamber's Armed Services Committee, have signaled they would oppose Tata's nomination.

Senator Elizabeth Warren, who is also on the committee, called Tata “by far Trump's most unqualified & ill-suited senior defense nominee – a high bar.”

“An Islamophobic conspiracy theorist who called President Obama a 'terrorist leader' should not be #3 at the Pentagon,” Warren said in a statement.

It's unclear if Hansell's nomination will face such resistance.

Hansell, a retired Army special forces officer, had worked as senior director for transnational threats on Trump's National Security Council staff. He is currently at the Boston Consulting Group.

Less than a month ago, the U.S. Senate confirmed Representative John Ratcliffe, a staunch Trump political ally, as director of national intelligence. Ratcliffe has far less intelligence experience than any previous director of National Intelligence.