The U.S. military operation that successfully targeted elusive ISIS leader Abu Bakr al-Baghdadi at a compound in Syria on Saturday night was named for Kayla Mueller, an American humanitarian aid worker who died in 2015 while held hostage by the terror group, National Security Adviser Robert O'Brien revealed on Sunday. 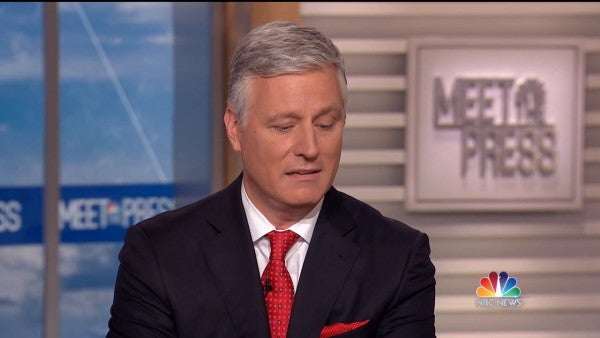 The U.S. military operation that successfully targeted elusive ISIS leader Abu Bakr al-Baghdadi at a compound in Syria on Saturday night was named for Kayla Mueller, the American humanitarian aid worker who died in 2015 while held hostage by the terror group, National Security Adviser Robert O'Brien revealed on Sunday.

Mueller was kidnapped by ISIS fighters outside of a hospital in the Syrian town of Aleppo on Aug. 4, 2013 and held hostage for 18 months, during which she was raped repeatedly by al-Baghdadi himself before she was was reportedly killed during coalition airstrikes in February 2015.

“We finally brought justice to a man that beheaded the three Americans, two journalists and a humanitarian worker,” O'Brien said during an appearance on NBC News' 'Meet The Press' on Sunday, referring to Mueller and journalists James Foley and Steven Sotloff. “And one of the things that General Milley, the chairman of the Joint Chiefs of Staff, did was named the operation that took down al-Baghdadi after Kayla Mueller, after what she had suffered.”

“That was something that people should know,” O'Brien said of the mission's name. “Justice was brought to those Americans who were so brutally killed, as were others, as the president pointed out.”

In this May 30, 2013, file photo, Kayla Mueller poses after speaking to a group in Prescott, Ariz. Mueller, a humanitarian aid worker from Prescott, was kidnapped in Syria in 2013

President Donald Trump confirmed on Sunday that a Joint Special Operations Command team, reportedly made up of soldiers from the Army's 1st Special Forces Operational Detachment-Delta (SFOD-D) and 75th Ranger Regiment, “flawlessly executed” the operation that led to al-Baghdadi's death, according to Defense Secretary Mark Esper.

“With our partners we defeated the physical caliphate of ISIS earlier this year and now its founder and leader is dead,” Esper said in a statement on Sunday. “This is a major victory in the enduring defeat ISIS mission. I want to commend all those participating in and supporting the operation — American and partners alike — for a job well done.”

According to Trump, the ISIS leader died “after running into a dead-end tunnel, whimpering and crying and screaming all the way” and igniting his suicide vest, killing himself and three of his children.

“He was a sick and depraved man and now he's gone,” Trump said.

When reached for comment on Sunday following Trump's announcement, Mueller's parents told the Arizona Republic that they were grateful for the death of the man who raped and tortured their daughter.

“What this man did to Kayla — he kidnapped her,” her father Carl Mueller told the newspaper. “She was held in many prisons. She was held in solitary confinement. She was tortured. She was intimidated. She was ultimately raped by al-Baghdadi himself.”

“We are so grateful for them … we are so grateful,” her mother Marsha Mueller said of the U.S. service members who conducted the operation. “I still say Kayla should be here, and if Obama had been as decisive as President Trump, maybe she would have been.”

Full Nat'l Sec. Adviser : 'It Was A Very Dangerous Mission' To Strike Al-Baghdadi | Meet The Press