"This is yet another example of the lies, propaganda and fake news coming from al-Shabaab and other malign actors such as Iran and its proxies" 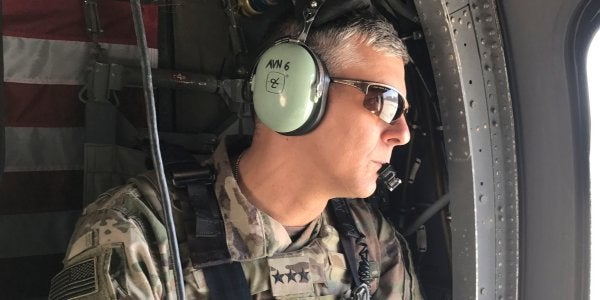 A four-star US Army general on Monday issued a statement calling the reports of his death in a terrorist attack in Kenya as “greatly exaggerated.”

“This is yet another example of the lies, propaganda and fake news coming from al-Shabaab and other malign actors such as Iran and its proxies,” Gen. Stephen Townsend, head of U.S. Africa Command, the combatant command responsible for the region, said in a statement.

“AFRICOM continues to work with out partners to protect U.S. interests and eradicate terrorists who wish to do harm to the U.S. homeland, innocent Africans and international partners,” he added.

Townsend's statement follows an attack by al-Shabab militants at an airfield in Manda Bay, Kenya, on Sunday. Unconfirmed reports of Townsend's death began circulating on the internet after the attack.

Al Shabaab, a Somali-based al-Qaeda affiliate, attacked the airbase with “indirect and small arms fire,” according to US and Kenyan officials. Five attackers were killed in the assault, the
Associated Press said, citing Kenyan military officials. Several US aircraft and vehicles were destroyed in the attack.

One U.S. Army soldier and two American contractors were killed in the fighting. The soldier who was killed in the attack has
reportedly been identified by his family as 23-year-old Spc. Henry Mayfield Jr.

The U.S. and the Kenya Defense Forces jointly use the base for local training and to combat extremist groups. The airbase attack followed a truck bomb that killed at least 79 people in Mogadishu, Somalia, and a subsequent retaliatory US airstrike that killed seven al-Shabaab militants.