He Killed An Army Veteran Working At A Gun Store. Now He’s Going To Prison

No one gets closure and no one wins, William Peterson, the father of a murdered Army veteran, said after his... 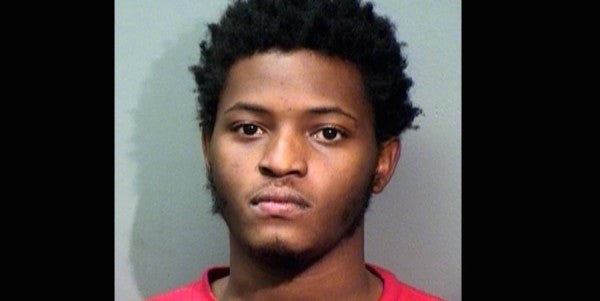 No one gets closure and no one wins, William Peterson, the father of a murdered Army veteran, said after his son’s killer was sentenced Friday.

The victim’s family and the killer’s family leave the courthouse shattered, Peterson said. Gerry Handsborough, 25, “took my son’s life and he threw away his,” the father said.

State District Judge Scott Wisch sentenced Handsborough to 75 years in prison for the murder of Eric Kent Peterson, 32, who spent a year riding in a tank in Baghdad while serving more than five years in the U.S. Army.

Once the criminal case is over you try to go on, Peterson said.

“I have to keep living because I have other people in my life and you have to live for them,” he said. “There will be a day when I’ll be able to join my son in a better place. That’s the way I have to deal with it, because it doesn’t make sense.”

The murder was senseless and Handsborough’s motive for the slaying is still hidden, said Lisa Callaghan, Tarrant County prosecutor. Handsborough made dozens of purchases at the gun store where Peterson worked and the two men knew each other, Callaghan said.

Surveillance video shown to the jury during the trial showed that Handsborough walked into Military Gun Supply, 2901 S. Cravens Road in Texas, between Lancaster Avenue and Meadowbrook Drive, on Dec. 13, 2014, purchased some ammunition, and then left.

When Handsborough came back inside about a minute later, he was carrying an AR-15 rifle and wearing a gas mask. Handsborough fired multiple rounds into the store’s showroom, into its office and into Peterson at close range as Peterson tried to crawl away.

“He could see the expression on Eric’s face,” Callaghan said. “He could smell the blood. What was his response? To turn around and fire into the office. It’s a miracle from God that this isn’t a capital murder. It’s absolutely clear that he had no reason to do this.”

Eric Peterson, 32, with his dog, Trigger. Peterson was fatally shot while working at the Military Gun Supply store at 2901 S. Cravens Road in December 2014.Archive photo

“This person is not capable of being fixed or being changed,” she said. “No person is safe around him if there is a weapon available.”

Callaghan asked the court to sentence Handsborough to life in prison. The 75-year sentence means Handsborough must spend 30 years in prison before he is eligible for parole, Callaghan said.

Handsborough was found guilty of Peterson’s murder after a three-day trial in May. Wisch said he has been sitting in courtrooms for 36 years and has seen a lot of death and destruction, by accident and design, but what Handsborough did, was incomprehensible, he said.

“I don’t understand why you would take someone’s life in such a brutal fashion and throw yours away,” Wisch said.

After the slaying, Handsborough told his mother he was robbed of his AR-15 rifle and cellphone in the parking lot of the Military Gun Supply store by an unknown assailant who knocked him out and later dumped him naked near Lake Arlington, according to an arrest warrant affidavit.

Handsborough’s mother called police to report the robbery after she saw him in a video released by police of a man wanted for questioning in connection with the fatal shooting, the affidavit states.

Handsborough had been on the run since Dec. 16, 2014, when police notified his family that a warrant had been issued for his arrest in Peterson’s slaying. Police arrested Handsborough on Christmas Eve.

William Peterson previously told the Star-Telegram that he and his wife worried about their son, a Keller High School graduate, working at Military Gun Supply.

“There are shops that are in better parts of Fort Worth, but he liked it there,” Peterson said.

©2017 the Fort Worth Star-Telegram. Distributed by Tribune Content Agency, LLC.