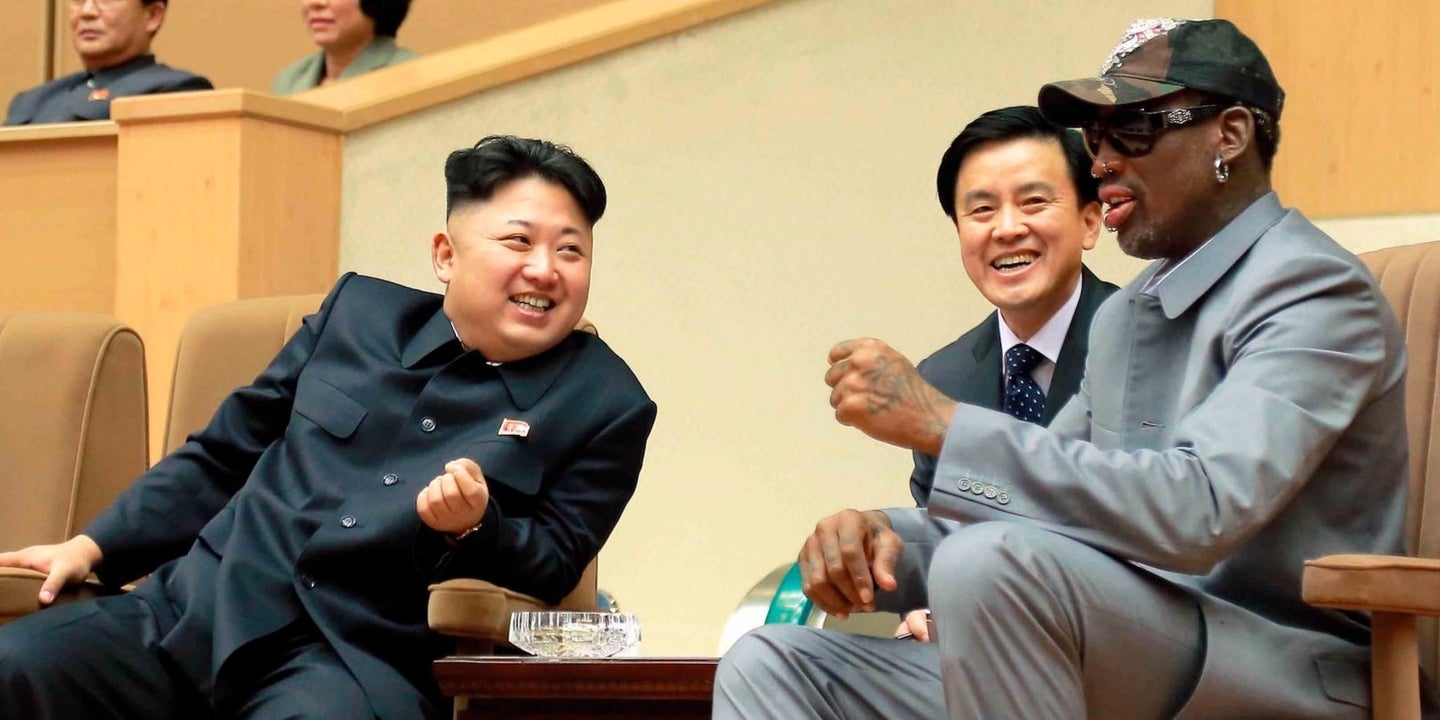 Before the North Korean leader sat down with President Donald Trump for a second time in Hanoi, Kim requested that the US send basketball stars to North Korea to help normalize bilateral relations, two officials told ABC News. He requested it be included in a potential joint statement on denuclearization.

Basketball diplomacy is not without precedent in US-North Korea relations.

Kim's father, Kim Jong Il, was also a fan of basketball who requested the opportunity to meet Michael Jordan. While that request was never met, then-Secretary of State Madeleine Albright gave the late dictator a basketball signed by Jordan at the turn of the century.

Kim Jong Un is said to be a fan of the Chicago Bulls, and his friendship with Dennis Rodman is no secret. Rodman has made several trips to North Korea over the years. He first met Kim in 2013. Since then the two have ridden jet skis, sang karaoke, and even gone out drinking together.

But a deal was never reached in Vietnam. The second Trump-Kim summit wrapped up early, failing to bring about any meaningful results. Since then relations with North Korea have deteriorated.

Recently, North Korea began testing missiles again after more than a year without any such provocations. Twice in one week, Kim oversaw the launch of a new short-range ballistic missile that some experts believe to be a North Korean derivative of Russia's Iskander missile.

Some observers have speculated that the weapons testing is a message to Washington, while others have suggested the North may be warning Seoul. In either case, the prevailing view is that Pyongyang's patience is wearing thin. North Korea has previously warned that it will not wait forever.

Commenting on the recent launches, President Donald Trump said Thursday, “We are looking at it very seriously right now. Nobody's happy about it.”

SEE ALSO: North Korea Reportedly Billed The U.S. $2 Million In Hospital Expenses For A Man They Murdered — And Trump Agreed To Pay Up